Priyanka attacks NDA govt; says it "betrayed" people who voted it to power 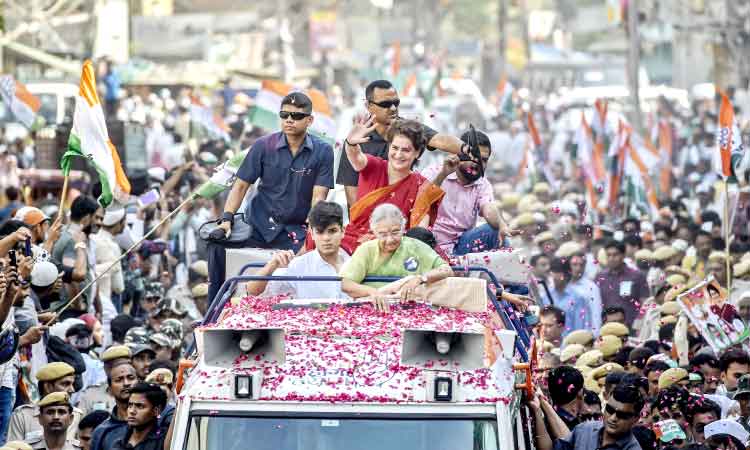 Mananthawady: Congress leader Priyanka Gandhi Saturday attacked the BJP-led NDA government at the Centre, saying it had "betrayed" the faith of the people who had voted it to power.

The AICC in-charge of eastern Uttar Pradesh also alleged all that the NDA government had done in last five years was to divide the country.

But all that BJP has done in last five years, is just to divide the nation," Priyanka said.

"Five years ago, a government came to power that was voted with majority. The people of our country, with all their wisdom, rested their faith upon them.

But from the moment it came to power, it began to betray the faith of the people," she alleged.

But once they came to power, they forgot who gave them the power," she added.

Alleging that they (BJP) began to believe that power belonged to them and not with the people, the Congress leader said the first indication to that belief was when its President said the promise of Rs 15 lakh was for the sake of election.

"He said it was a Jumla (gimmick)," Priyanka claimed.

Priyanka Gandhi, who is in the constituency to campaign for her brother Rahul Gandhi, said he believes "with all his heart" in democracy and freedom of expression in language and culture.

She also gave an emotional speech about her brother, their life, the death of their grandmother and former Prime Minister Indira Gandhi, their father Rajiv Gandhi, Rahul's education, nature and many more.