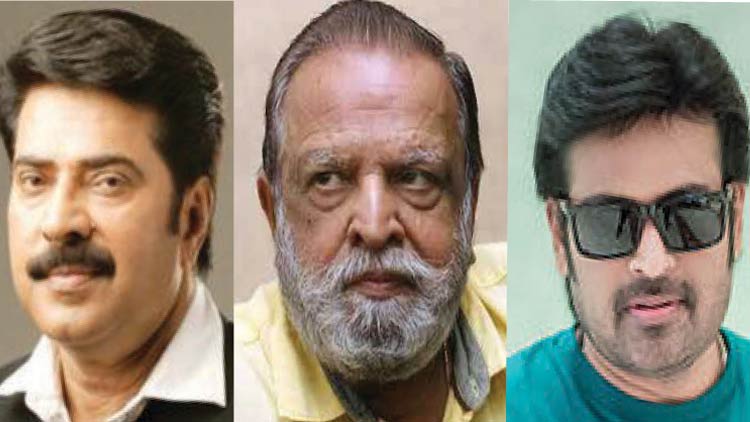 Chalakudy (Kerala): Superstar Mammootty on Saturday joined his fellow actor and CPI-M supported Independent candidate from this parliamentary constituency, Innocent, in Kerala for a roadshow.

Innocent is seeking a second term from the seat and taking him on is two time former Congress legislator and present convenor of the UDF Benny Behanan. Bharatiya Janata Party (BJP) leader A.N. Radhakrishnan is also in the fray.

Mammootty and Innocent are close pals and the former had earlier claimed that it was after he had put in a word, that the CPI-M decided to field Innocent in 2014 when he trounced Congress veteran P.C. Chacko.

On Saturday, Mammootty, dressed in typical Kerala dhothi and shirt, accompanied Innocent in an open jeep during the five-minute roadshow in Behanan village in Perambavur.

Former CPI-M legislator Saju Paul who was coordinating the campaign said: "Politics is strange. In 2014, present Thrissur Lok Sabha BJP candidate and Rajya Sabha member super star Suresh Gopi campaigned for Innocent. We are leaving nothing to chance as we are determined to ensure that Innocent gets a second term."