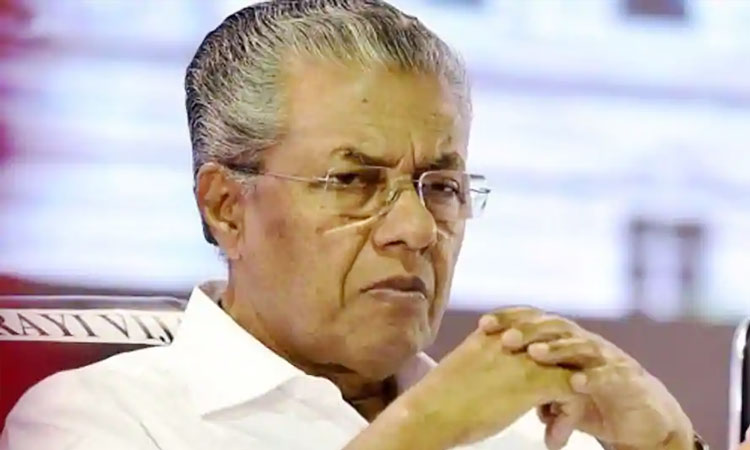 Kollam: Chief Minister Pinarayi Vijayan Thursday rejected the report submitted by a HighCourt-appointed amicus curiae on the August floods and saidit was not the final one and was prepared without consulting all stakeholders.

Some people were using the report to divert public sentiments against the government during the time of Lok Sabha polls, Vijayan said at a meet-the-press programme here.

He also urged the people to resist any attemptto put the rehabilitation initiatives of the government, whichhad won the world-wide recognition, in poor light.

In a setback to the CPI(M)-led LDF government, the High Court-appointed amicus curiae had pointed out that lapses in dam management had aggravated the impact of August floods which had claimed over 400 lives besides causing widespread devastation last year.

It had also recommended that an inquiry be conducted by an expert committee headed by a former Supreme Court judge.

"The international community in general and various expert communities have appreciated the way the state had dealt with the floods.

Rejecting all these, the report prepared by an advocate, appointed by the court to assist it, has been described as real and scientific," Vijayan said.

"This amounted to insulting the court. Because they areconsciously covering up the fact that it is not the amicus curiae, but the court which has to take final decision on the report and pronounce the verdict," Vijayan said.

It (report) was not the final one and was prepared without consulting all stakeholders, the chief minister said.

Stating that the observation that the simultaneous release of water from different reservoirs had caused the floods, was not "logical", Vijayan also rejected the charges that the dams were opened without any prior alert.

"The dams were opened after giving timeley alerts.

Even media had appreciated the precautions taken by the government before opening the sluice gates of the reservoirs including Idukki," he said.

Vijayan also pointed out that the agencies like Chennai IIT and the Central Water Commission, had already come to a scientific conclusion that excessive rainfall had caused the floods.

In the 49-page-report, amicus curiae (friend of thecourt), Jacob P Alex, had stated that none of the 79 dams in the southern state were operated or used for the purpose of flood control or moderation, as per the stipulations under theNational Water Policy, National Disaster Management Authorityguidelines on floods and similar directives.

The report, submitted to the High Court, also recommended a detailed probe into the floods by an independent expert committee headed by a former Supreme Court judge and a hydrologist, dam management experts and engineers as members.

The amicus curiae was appointed by the court based on a slew of petitions including the one submitted by 'metro-man' E Sreedharan, also the president of the Foundation for Restoration of National Values, alleging that the devastating floods was a man-made disaster.

The opposition Congress and the BJP had held the CPI(M)-led LDF government responsible for the loss of life and destruction and demanded the resignation of the Chief Minister.