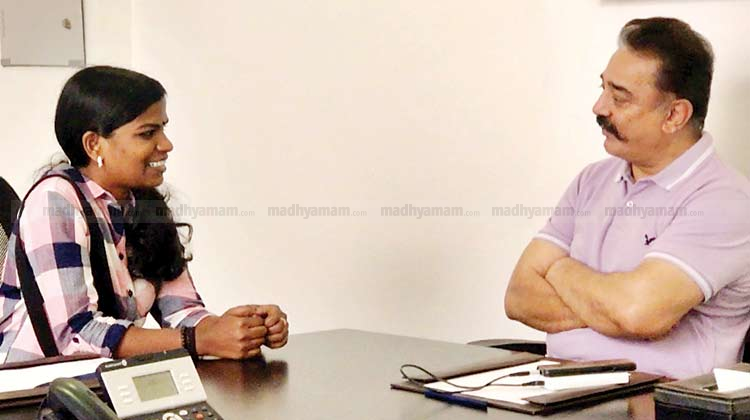 In her third attempt, she secured the 410th rank to clear the exam.

"I am really excited and happy. When I eventually become an IAS officer, my emphasis would be to improve the education level of the tribal people," said Suresh.

The record-breaker is the daughter of Suresh and Kamala, who belong to the Kurichiya tribe.

"Our happiness is sky high... We stretched to the maximum to ensure that she studies well. We ensured that nothing becomes a barrier for her studies and now her hard work has been rewarded," said Kamala even as her home was full of well wishers who came to celebrate her daughter's success.

On Thursday, the hilly district was agog as Congress President Rahul Gandhi filed his nomination from Wayanad for the Lok Sabha elections, but since the Union Public Service Commission announced the results on Friday evening, Suresh has hogged the limelight and become their hero.

On Saturday, Gandhi took note of this achievement and tweeted: "Sreedhanya Suresh from Wayanad is the first tribal girl from Kerala to be selected for the civil service. Sreedhanya's hard work and dedication have helped make her dream come true. I congratulate Sreedhanya and her family and wish her great success in her chosen career."

Kerala Governor P. Sathasivam and Chief Minister Pinarayi Vijayan also congratulated her and wished her the best in her future endeavours.