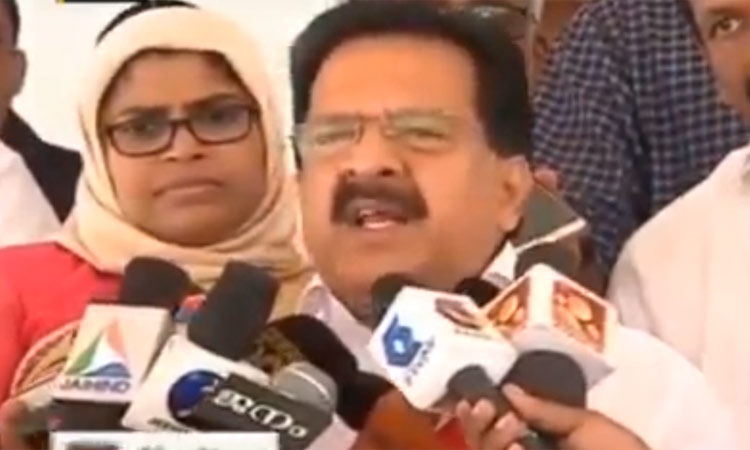 Thiruvananthapuram: The Congress-led opposition in Kerala on Friday demanded that the one per cent flood cess imposed from August 1 on all products barring essential items be withdrawn with immediate effect.

Leader of opposition Ramesh Chennithala told the media here that the one per cent cess was introduced at a time when the state and its people were reeling under the second round of floods that hit the state earlier this month.

"This new cess is to ensure additional funds for rebuilding a new Kerala after the worst floods hit the state last year, but this has come at a time when residents are facing a second flood. The need of the hour is to call an all party meet to discuss the modalities of tackling the flood situation," said Chennithala.

Chennithala pointed out that all that has been happening in the past year are meetings without any outcome.

"Take a look, even after a year later, the then announced Rs 10,000 to each family affected by floods is yet to be paid to all. We have been told that a high level team of officials is visiting World Bank next month," added Chennithala.

Chennithala also attacked the state government for creating new cabinet posts. "We saw two totally unwarranted appointments in the past few weeks, and it includes a person, with totally unknown credentials, as a legal advisor, with a huge pay cheque; and the other appointment was of a CPI-M candidate, who lost the Lok Sabha polls, as an 'ambassador' with cabinet rank in Delhi. He has to liaison with the Centre."

"All these are involving huge expenditures. Apart from these new appointments, Vijayan has several advisors, all of whom draw huge pay cheques. The over three-year rule of Vijayan has left people in a quandary as this government is turning out to be an abject failure," added Chennithala.