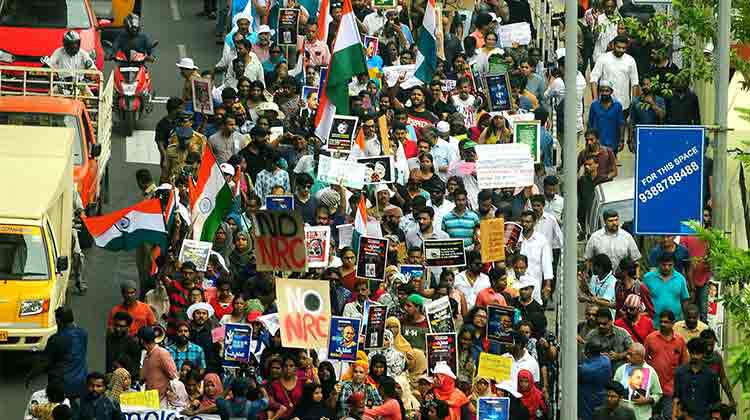 Kochi: Streets of this port city on Monday witnessed marches by separate groups including a collective of film and cultural personalities in protest against the Citizenship Amendment Act.

Hundreds of people from various walks of life also took part, as the protesters marched from Rajendra Maidan here to Vasco Square in Fort Kochi, a distance of over 10 km, urging the BJP-led government at the Centre to scrap the CAA.

Another group, which assembled under a social media platform, held a separate march.

CPI's Ernakulam district council also organised a "Save Constitution" march at Kalamassery near here in protest against the amended law.