Congress could not take on BJP's extreme Hindutva - Prakash Karat 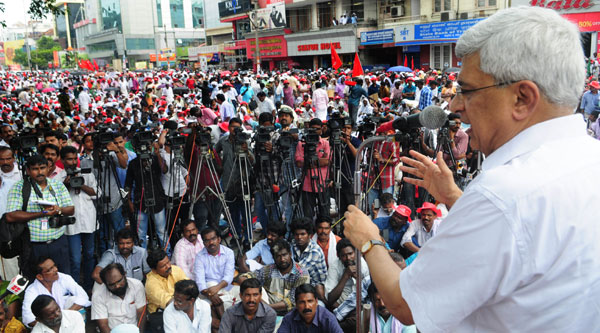 The huge mandate for BJP in Lok Sabha election is the result of nationalism rooted in extreme Hindutva and a campaign portraying Narendra Modi as the leader of the battle against terrorism.  Only a fight based on Left politics and ideology can defeat BJP and the extreme Hindutva philosohy.

Six months before the elections,  agrarian crisis, unemployment and economic crisis were live issues. However, the trend changed after Pulwama attack. In the guise of Balakot airstrike,  BJP was able to stir up anti-Muslim nationalism.

Samajwadi, BSP, RJD and others were in an effort to bind different communities to them.  But BJP gained more votes than these parties from the communities through extreme nationalist propaganda. These parties were ill-equipped ideologically or politically to withstand the dangerous Hindutva slogan put forward by BJP, Karat added.