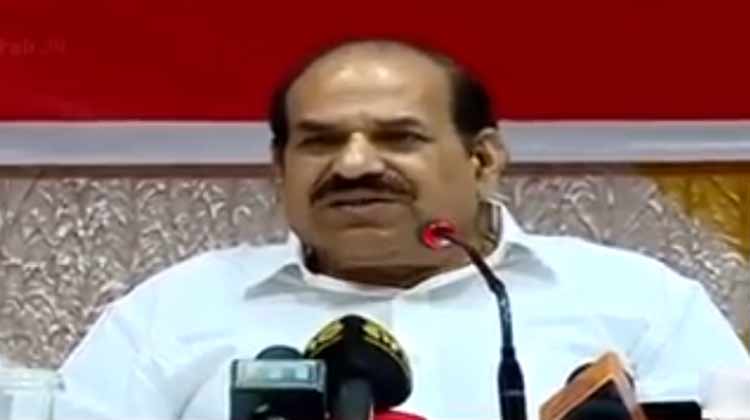 Thiruvananthapuram: Communist Party of India (Marxist) State Secretary Kodiyeri Balakrishnan on Friday said that everything is fine between the two Communist parties in Kerala.

The Communist Party of India is the second biggest ally of the ruling Left government in the state and has four cabinet ministers.

The statement came as a section of the CPI leaders are up in arms against Chief Minister Pinarayi Vijayan after the police thrashed their leader Eldho Abraham and two other senior CPI leaders on Tuesday during a protest march at Kochi.

While Abraham suffered a fracture on his left hand, the party's Ernakulam district secretary, a two-time former legislator, P.Raju suffered injuries on his head.

But what has upset a huge cross section of the CPI is the manner in which CPI State Secretary Kanam Rajendran played down the incident by saying it's natural that the police will take action when the protest turns unruly.

"Everything is fine between us (CPI-M and CPI) and you (media) failed to get a reaction that you wished from Rajendran. That incident was unfortunate and it should not have happened. We all know a section is trying to drive a wedge between us. Nothing of that sort will be successful and things are fine between us. If CPI leaders are beaten, it's just like our own party men getting a beating. We are parties with a brotherly affection," said Balakrishnan.

Rajendran who was evading the media on Friday, played down the entire episode saying that the government has ordered a magisterial probe into the incident.

"The Ernakulam District Collector will soon be submitting his report as asked by the Chief Minister on this. Abraham has told me today that he was beaten. Anyway we will now wait for the report and see what action is coming," said Rajendran.

Meanwhile, the cold response from Rajendran has upset a major section in the CPI and many feel that he has succumbed before Vijayan.

Incidentally the party organ of the Congress 'Veekeshnem' on Friday alleged that Vijayan is trying to blackmail Rajendran, after a corruption allegation against his son surfaced.

Rajendran had always been critical of the Vijayan government in the past. However, for the past few months he has become silent and this has surprised many.

At Alappuzha, once the citadel of the Communist parties, a notice appeared on the walls of the CPI party office on Friday stating that it's time to remove Rajendran from the post of the State Secretary as he is not interested in working for the betterment of his party.

Former Chief Minister Oommen Chandy when asked about his response to the beating up of a ruling front legislator, said: "When the CPI is silent on it and have no problems in getting beaten up, why should we react".

In November 2017, four CPI ministers in the Vijayan cabinet boycotted the weekly cabinet meeting to express their resentment at the way things were going.