8 killed in ambulance and lorry collision in Palakkad 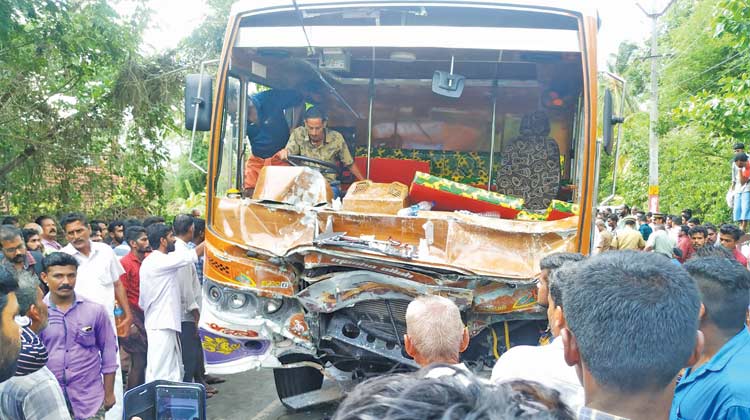 Palakkad: Leaving the state in a shock, a motor accident in Palakad on Sunday afternoon killed eight people travelling in an ambulance.

A lorry ferrying fish collided with the ambulance at Thanissery at about 2.30 pm. Police identified three of the dead as Nassar, Favas and Subair, reports say.

Those travelling in the ambulance had been on a jaunt to Nelliyampathy in a car when they first met with an accident.

They sustained injuries and sought first-aid at a primary health centre in Nemara before being taken to the Palakkad district hospital.

On the way the second deadly accident robbed off the lives of all those travelling in the ambulance, according to sources.

Knowing the first accident, relatives of the dead turned up and accompanied the injured in the ambulance.

Rescuers had to break open the wreckage to take out the bodies. Seven of the dead hail from Ongallur in Pattambi, while Ambulance driver Sudheer is a native of Nenmara.