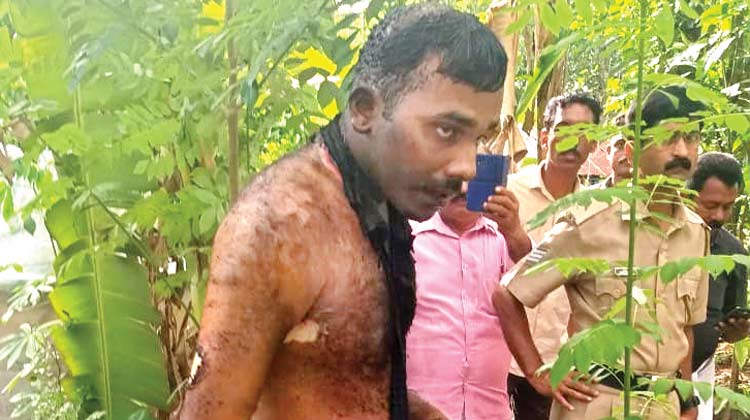 Kayakulam: The accused in the brutal murder of woman police officer succumbed to burn wounds he had sustained while setting ablaze Soumya last week.

N.A. Ajaz who had over 50 percent burns died around 6 pm at the medical college hospital.

Soumya Pushpakaran was hacked and set ablaze by the accused on Saturday as she was on her way back home in Mavelikkara.

According to police, Ajaz followed her in a car and knocked down her two-wheeler before allegedly hacking her with a sharp weapon.

Reportedly, she tried to seek refuge at a nearby house but Ajaz doused petrol over her before setting her ablaze.

Soumya died on the spot while Ajaz, who also suffered burn injuries, was taken into custody and

was later admitted to the government medical college hospital in Alappuzha.