Three issues that stare in the face of the left 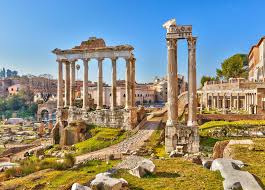 Thiruvananthapuram: Being an early bird on campaign trail doesn’t mean everything is all right for CPM.

Now three issues stare in the face of the party: Sabarimala row, political violence, and the Church Bill.

While the party claims to be ready to take on challenges, efforts are on to keep these issues off poll debate.

CPM is all the more concerned about foiling its poll hopes in the event of Congress and BJP pivoting on ‘faith and violence’.

Meanwhile, the Congress and BJP rejected the Chief Electoral Officer's directive to parties not to use Sabarimala in poll debate.

Now it is certain that the government’s implementation of Supreme Court verdict would become the cause célèbre at least in districts including Thiruvananthapuram, Kollam, Alapuzha and Pathanamthitta.

Following the return of Kumanam Rajasekharan, perhaps the leading voice of hardcore Hindutva in the state, BJP has come by its lost confidence.

With Congress also trying to cash in on the situation, LDF is on a political slippery slope.  Given this, CPM might well be using Sangh Parivar atrocities against minorities in Hindi heart-land as an issue.

However, with P Jayarajan’s candidature in Vadakara, CPM reminds the public of everything the party loves to forget. This could particularly reflect in Kasargod, Kannur and Kozhikode.

The UDF will tear into CPM’s garb of minority protector, pivoting on P Jayarajan’s candidature. Remembering T P Chandrasekaran in this context could become a unifying point for all rival parties.

Despite fielding Veena George, Joyce George, Innocent and Rajaji Mathew Thomas, CPM is in jittery over possible fall-out of the bill.

Show Full Article
TAGS:
Web Title - Three issues that stare in the face of the left
OTHER STORIES