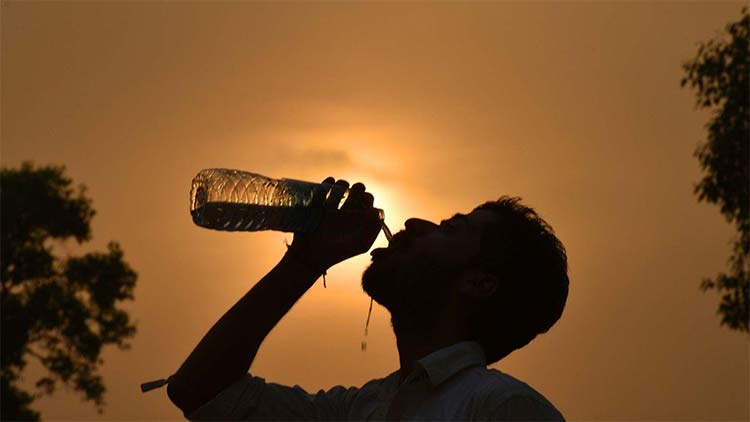 Karunakaran (42), a state government employee from Parasala in the southern suburb of the state capital, fainted while working in his paddy field on Sunday morning.

He was rushed to a local hospital where he was declared dead. The body was later shifted to the state-run Medical College for postmortem. After preliminary examination, the doctors suspected it to be a case of sun stroke as there were burn marks on the deceased's shoulders.

In Kannur, an elderly person named Narayanan suffered sun burns and fell unconscious. He was later declared dead. A third case was reported from Maramon in Pathanamthitta district where a 60-year-old hotel employee named Shahjahan was found dead on the road side.

In Punalur in Kollam district, while campaigning for Revolutionary Socialist Party (RSP) candidate N.K. Premachandran, RSP leader Nasar Khan fell unconscious and had to be rushed to a hospital. His condition is stated to be stable.

According to the India Meteorological Department (IMD) forecast for the coming two days, the mercury in 11 out of the 14 districts of the state is expected to rise by 2 to 3 degree Celsius above the normal for this time of the season.

Since the beginning of March, around 100 people have suffered sun stroke in the state, the Health Department pointed out. The department has also issued an advisory for people on how to tackle the heat.