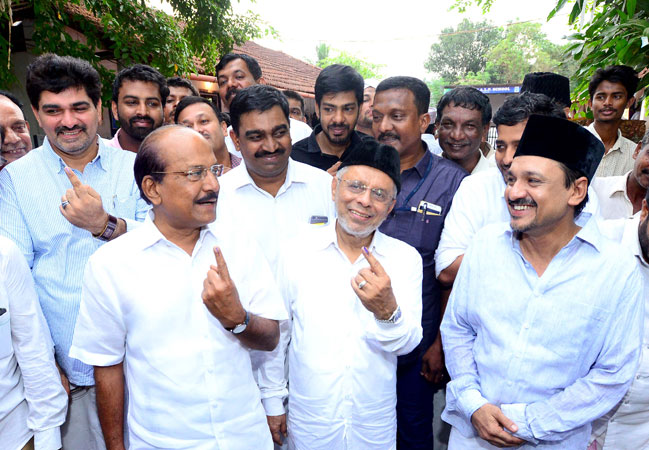 Malappuram: Syed Hyderali Shihab Thangal, the supreme leader of the Indian Union Muslim League (IUML) on Saturday asked the Congress high command to end uncertainty over whether their President Rahul Gandhi will contest from Wayanad, or not.

IUML is the second biggest ally of the Congress-led UDF in Kerala.

"Thangal has today got in touch with the top national Congress leaders to see that the final decision of Gandhi contesting from Wayanad be made without any further delay," strongman and sitting Malappuram Lok Sabha member P.K.Kunhalikutty.

"Our stand on this remains the same, we wholeheartedly welcome Gandhi to Wayanad, now we all wish the decision is made on this quickly, without any more delay," said Kunhalikutty, after a meeting here.

The news that Gandhi will contest from the hilly district of Wayanad in north Kerala has been doing rounds for some time now.

When the news first broke there was a frenzy among the Congress workers and also the leaders, but with every passing day, that frenzy has turned into desperation, with both, the Left forces and the Bharatiya Janata Party (BJP) taking pot shots on why no decision has come through.

With the indecision, this has become the topic for trolls, besides cartoons appearing everyday in the vernacular media.