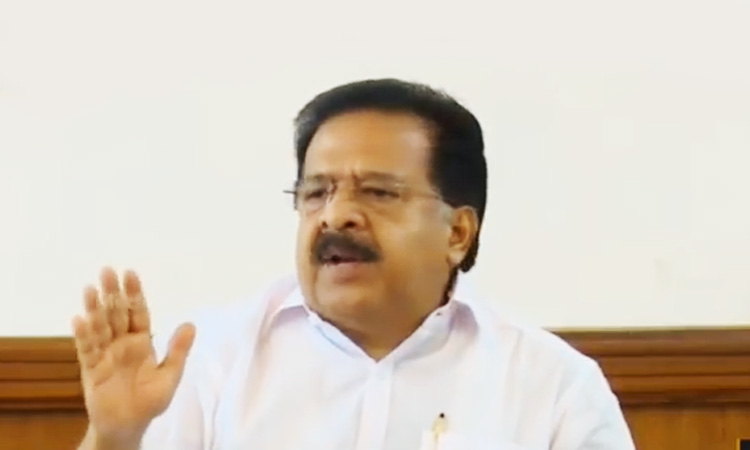 Thiruvananthapuram: Leader of Opposition in the Kerala Assembly Ramesh Chennithala on Wednesday said the Rs 2,150 crore masala bond is a corrupt deal that will be financially detrimental for the state.

Addressing the media here, the senior Congress leader said Vijayan is going to sound the "bell" of corruption at the London Stock Exchange (LSE) on Saturday, when the masala bond of the Kerala Infrastructure Investment Fund Board (KIIFB) would be listed.

"This is a corrupt deal with the black-listed SNC Lavalin company. Vijayan himself is in the dark in the SNC Lavalin case. The KIIFB on March 26 had opened this and closed it on March 29," he said.

"It was initially said this would be a public issue but was turned into a privately placed one in Quebec province of Canada with CDPQ, a Canadian company engaged in multi-activities purchasing this bond," he added.

"The entire truth in the masala bond has been camouflaged and we will fight this legally and politically," he said.

Chennithala pointed out that the masala bond will cause a huge dent in the already poor financial position of the Kerala government as it has been purchased at an exorbitant 9.72 per cent rate of interest.

Former Left ally Revolutionary Socialist Party (RSP) in Kerala had written to the Communist Party of India-Marxist (CPI-M) General Secretary Sitaram Yechury, pointing out the present controversy on the listing of the masala bond in the LSE as a stark diversion from the Communist ideology which is a fight against neo-liberalism and imperialism.

SNC Lavalin was blacklisted by the V.S. Achuthanandan-led Left Democratic Front government (2006-11) over allegations that an agreement with them in 1997 for the renovation and modernisation of the Pallivasal, Sengulam and Panniar hydroelectric projects in the state's Idukki district caused a loss of Rs 266 crore to the state exchequer.

This deal was inked when Vijayan was the Kerala Power Minister and the Oommen Chandy-led Congress government had, in 2006, called for a Central Bureau of Investigation (CBI) probe into the entire agreement.

Even though the CBI chargesheeted Vijayan, he got relief from the Kerala High Court in 2017.

But later, the CBI approached the Supreme Court and demanded that Vijayan face trial. The apex court is expected to give its final orders on this very soon.