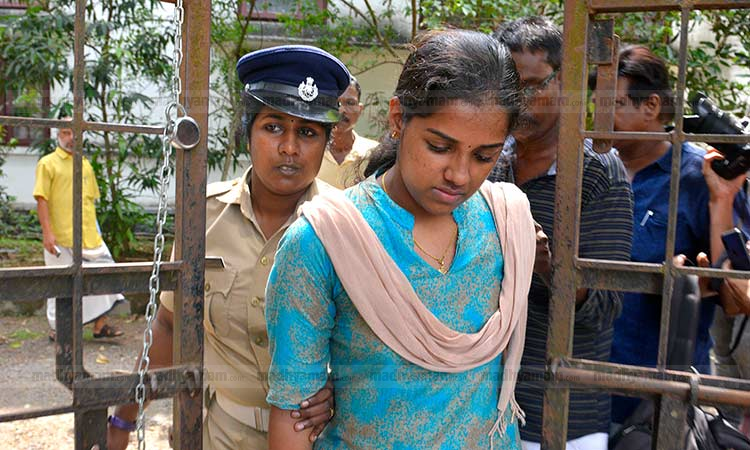 Kottayam: The wife of a Dalit Christian man, who was allegedly killed last year, told a court here Thursday that it was a case of honour killing as he was abducted and killed by her relatives.

Kevin P Joseph's wife Neenu Chacko told the District Additional Sessions Court that her father Chacko had objected to her relationship with the man from Kottayam, as he belonged to the lower caste.

"My father did not allow me to live with Kevin," the woman alleged.

Alleging that 23-year-old Kevin was abducted and killed by her relatives as they thought that her marriage with a man belonging to lower caste would hurt the honour of their family, Neenu said that was the reason why she still stayed with his parents.

"I have the responsibility to take care of Kevin's parents," she added.

Neenu also deposed against the police officials who allegedly supported her father and brother in the initial stages of the kidnapping case.

Kevin was allegedly kidnapped and killed by a gang led by Neenu's brother Sanu Chacko on May 27 last year.

There are 14 accused in the case.

While her brother Sanu is the prime accused in the case, father Chacko is the fifth accused.

The death of the 23-year-old man, who was kidnapped along with a relative from Mannanam in the district, had triggered widespread protests in the state.

The victim's kin had alleged that he died due to police laxity as they refused to conduct an investigation on the basis of his wife's complaint.

The body of Kevin was found on May 28 last year in a stream in Chaliyakkara in Kollam district.

Kevin, who was in love with the woman studying in a college in Kottayam, had married her at a registrar's office in Ettumanoor against the wishes of her family.