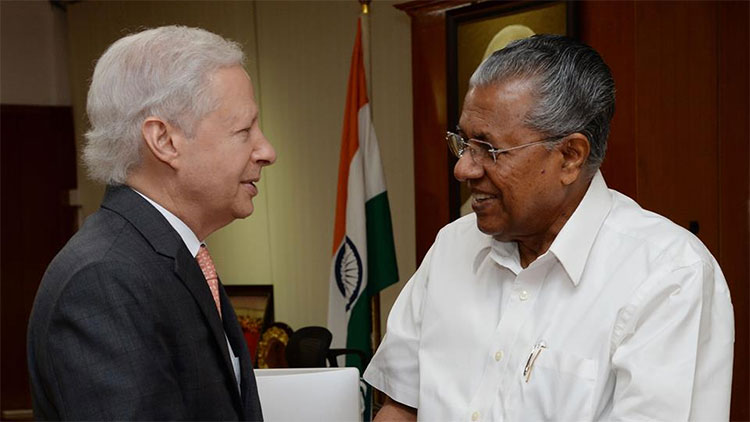 Thiruvananthapuram: With the dust of the Lok Sabha elections settling down, Kerala will be ready for another round for polls -- the Assembly bypolls for six constituencies, which will be next big test for Chief Minister Pinarayi Vijayan and the Left parties.

Bypolls to more Assembly seats have been necessitated after four sitting legislators emerged victorious in the Lok Sabha polls on Friday and will soon have to resign from the state legislature.

The lone winner from the Left was A.M.Ariff, who represents the Aroor Assembly seat and has won the Alappuzha Lok Sabha seat.

With the UDF securing a decisive victory in 19 out of the 20 Lok Sabha seats, the alliance leadership does not want to lose the Assembly bypolls for the six seats, five of which were held by its own candidates.

What gives the Congress-led alliance confidence is its major lead over the Left parties in the vote share in all the six Assembly constituencies slated for bypolls.

Across Kerala, the UDF is leading in 123 Assembly constituencies, with the Left in just 16 and the BJP in one seat.

So, as things stand, the UDF would enter the bypolls, on a strong footing as compared to the Left.

Of the six constituencies, the BJP can only manage to garner some votes in Manjeswaram, where it finished a close second in 2016 Assembly polls.