Next visit to Sabarimala after I turn 50: 9-year-old girl 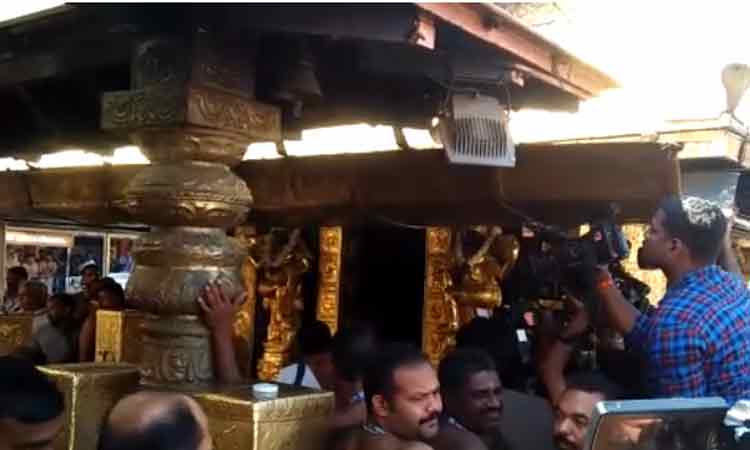 Sabarimala: It was a message that drew everyone's attention. A young girl trekking the long route to the famed Sabarimala temple sported a placard around her neck reading: "Am 9 years now, next visit to the temple is after I finish 50 years, Lord Ayyappa".

The sentence was written in Malayalam and underneath in English was written: "Ready to wait."

Nine-year-old Hridya Krishna, who came with her father Harikrishnan, told the media: "This is the third time, I am coming to Sabarimala and as per the traditions of the temple, I can come back only after I complete 50 years and, hence I decided to wear the placard."

The hilltop shrine in Kerala's Pathanamthitta district is closed for women in the age group 10 to 50 years, and though the Supreme Court had struck down the restriction, there is great opposition to women between these ages visiting it.

Harikrishnan, a Keralite settled in Bengaluru, later told the media that they just wanted to send the message to all about the culture and traditions of the Sabarimala temple and hence, his little daughter wore the placard.

Incidentally, the season opened amidst a bit of confusion as the Supreme Court last week did not stay its September 28, 2018, order allowing women of all ages inside the temple, as it referred the issue to a larger bench following a number of review pleas. However, the Pinarayi Vijayan-led Left Democratic Front (LDF) government has made it very clear that they will not make any effort to take any women in the age group of 10 to 50 into the temple this time.