The India that Gandhi fought for was an inclusive one: CM 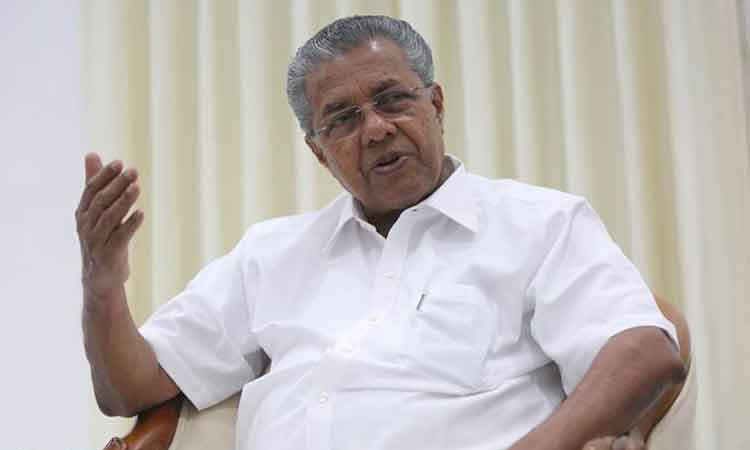 Thiruvananthapuram: Paying homage to the Father of the Nation on his 150th birth anniversary, Kerala Chief Minister Pinarayi Vijayan on Wednesday said the India that Mahatma Gandhi fought for was an inclusive one, where none was considered a pariah.

Vijayan, who paid floral tributes to Mahatma Gandhi at Kerala House in New Delhi, urged people to pledge themselves to safeguard his ideals.

In a Facebook post later, he said the values that Mahatma Gandhi upheld still remain relevant even after a century.

"Mahatma's life has given us a moral imperative; to uphold the secular founding values of our republic.

The India he fought for was an inclusive one, where no one was considered a pariah. Let's pledge our commitment to those ideals," Vijayan said.

Kerala Governor Arif Mohammad Khan paid tributes to the father of the nation at the Gandhi statue inside the Legislative complex here.

'... Today, 2nd October, is  the 150th anniversary of the birth of the Mahatma, whose message of  non-violence continues to guide us," Khan tweeted.

The Kerala Pradesh Congress Committee (KPCC) has arranged state-wide programmes and all-religion prayers along with padayatras to commemorate the occasion.

Leader of the Opposition in the state assembly, Ramesh Chennithala and state Congress chief Mullappally Ramachandran launched padayatras from Ernakulam and Kozhikode respectively.

Among various programmes across the state, the National Institute of Speech and Hearing (NISH) has organised a visual representation of the favourite bhajans of Mahatma Gandhi in Indian Sign Language (ISL) here.

Show Full Article
TAGS:
News Summary - The India that Gandhi fought for was an inclusive one: CM
OTHER STORIES
Next Story
X
X