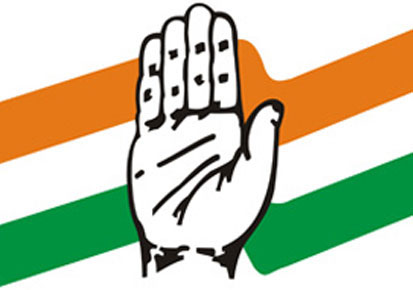 This file photo shows UDF leaders converse during a meeting

Thiruvananthapuram: An uneasy calm prevails in the Congress in Kerala after suffering an 'unexpected' reversal in the bypolls in which it lost two seats - Vatiyoorkavu and Konni - and won two - Ernakulam and Aroor.

In Ernakulam, even though the Congress candidate won, but the margin came down from over last year's 20,000 votes to less than 4,000. The party was, however, able to wrest the Aroor Assembly seat, which had been the citadel of the Left for the past five decades.

The party is going to discuss its performance in the political affairs committee meeting on October 27, but the swords have already been drawn. The meeting is expected to be a stormy one as the defeat in Vatiyoorkavu and Konni is being pinned up on Adoor Prakash and K. Mohankumar.

Prakash is the party' present Lok Sabha member from Attingal, who was an earlier MLA from the Konni seat. It is said that he did not put much effort after the high command rejected the name he had recommended to contest for the seat and hence, the loss of the Koni seat.

Similarly, in the Vatiyoorkavu seat, which was vacated by K. Muraleedharan, son of late veteran Congress leader K. Karunakaran, a lot of confusion prevailed after the party leadership rejected the candidature of N. Peethamabara Kurup, a known aide of the Karunakaran family.

On the loss, Muraleedharan said: "Compared to the BJP, which in the last two polls secured over 40,000 votes and came second, but yesterday they saw their votes shrink by almost 15,000 votes and they finished third. Ever since the campaign began here, I often pointed out that, with Kummanem Rajasekheran not being the BJP candidate, the RSS was upset, and the RSS shifted their votes to the CPI-M," said Muraleedharan.

The fact is that the Congress party in Kerala has always been engaged in factional feuds over party posts and seats. The party is divided between two top leaders -- former chief minister Oommen Chandy and Leader of Opposition Ramesh Chennithala.

Since the defeat of the Congress-led United Democratic Front (UDF) in May 2016 Assembly polls, Chandy has kept a low profile and allowed Chennithala to lead, but the loss of Vatiyoorkavu and Konni has come as a setback to the latter.

The outcome of the Congress meeting is being closely watched by its allies. The UDF is meeting on October 28, and the allies are said to have discreetly conveyed to the Congress leaders not to bring their factional fights in the meeting.

"A call has been given to all the leaders that there should be no public outcry as both the public affairs committee of the Congress and the UDF has been called, where anyone can speak up," said Chennithala, when asked about the reversals.