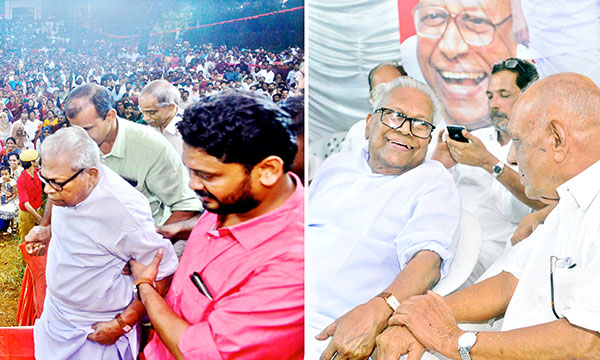 In this photo taken on VS Achuthanandan'

He turned 96 last Sunday and according to sources close to him, his blood pressure has been erratic of late.

Chief Minister Pinarayi Vijayan after hearing the news visited him at the hospital.

He had campaigned for the 34-year-old Thiruvananthapuram Mayor, V. K. Prasanth, the CPI-M's candidate for the prestigious Vattiyoorkavu Assembly bypoll, which he won on Thursday.

Achuthanandan was the Chief Minister from 2006-11.

He is also the incumbent chairman of the Administrative Reforms Commission, which has the status of cabinet.