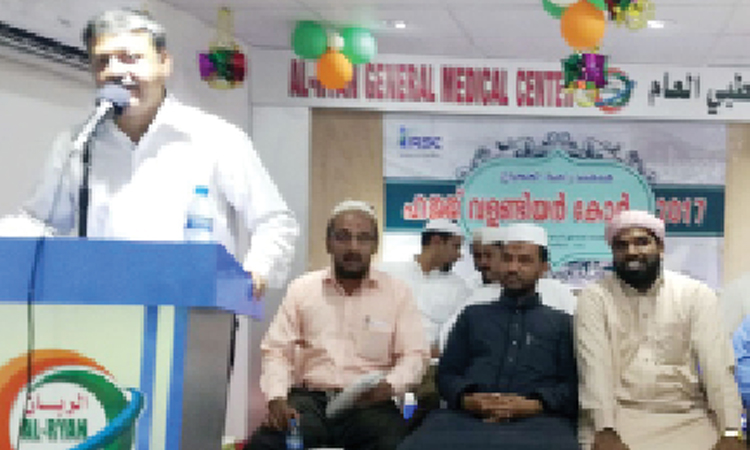 Karipur:  The Central Haj Committee is planning to soon publish a blueprint with details for next year's haj.  A meeting in this regard will be held under the presidentship of Union Haj Affairs Minister Mukhtar Abbas Naqvi.

The decision was taken at a meeting held in Mumbai under the presidentship of Central Minority-Haj Ministry Joint Secretary Jane Alam on Wednesday and Thursday. The haj activities of 2019 was assessed at the meeting. The demand to include representatives of important states in the committee meant to identify the buildings in Mecca and Medina, was raised during the meeting.

Saudi Ambassador Asaf Asad announced that few trainers from Kerala will be inducted for next year's Haj in Saudi.

Kerala representatives put forward demands includngretaining the practice of landing in Medina,   declaring Kannur International Airport too as an embarkation point, allotting standard lodgings for all hajis,  speeding up SIM activation at Medina airport, distribution of food to the taste of hajis and increasing the quota of women without mahrem.

Other representatives demanded issue of haj visas online and allotting three-wheeler vehicles for the volunteers.