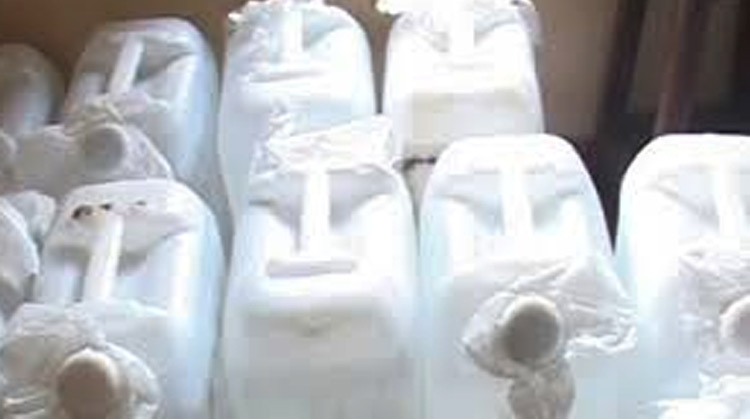 Kochi: Kerala Police have seized about 5,000 litres of spirit which came from Goa under the guise of raw material for making sanitiser, at Aluva near here.

The police are baffled as to how this consignment came from Goa.

The police got their act together after the seizure of illicit liquor at Kalady, near here, earlier this week.

Their probe into that led to this seizure, after the police found out that the spirit that was used in making illicit liquor was from the lot which was seized on Thursday.

The police have found out that the seized spirit was transported using the licence of a medical store and it came in two loads. The police are trying to find out where the other load has gone.

The police have taken into custody a few suspects who are believed to have taken part in the transportation of the seized spirit.

Ever since the lockdown was imposed to fight the coronavirus pandemic, Kerala Police and the Excise Department have made numerous arrests in cases related to illicit distilling of liquor.