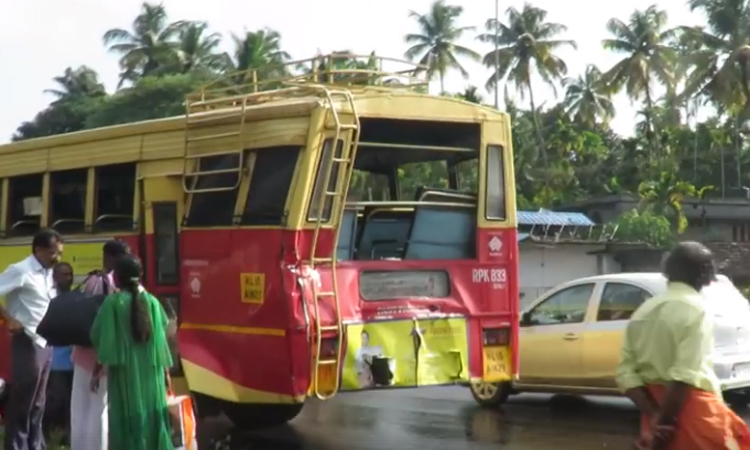 This photo shows the debris of the bus hit by a truck, at Avinashi near Tirupur in Tamil Nadu on February 20, 2020.

Thiruvananthapuram: The office of the public sector New India Assurance Company here has paid the first round of claims to the kin of 19 passengers who lost their lives in the accident of the KSRTC bus travelling from Bengaluru to Ernakulam on February 20.

The accident occurred at Avinashi in Tiruppur district in Tamil Nadu, when the bus collided with a container lorry.

Speaking to IANS, Krishna Prasad, Divisional Manager of New India Assurance here, said they have set a new record in handing over the first instalment of Rs 2 lakh each to the kin of the deceased in a record time of five days.

"The remaining Rs 8 lakhs would be given out after going through all the documents that will be submitted by the legal heir of the deceased," said Prasad, who handed over the cheque to a victim's family near Thrissur on Thursday.

Eighteen out of the 19 victims were from Kerala, while another victim was from Karnataka.