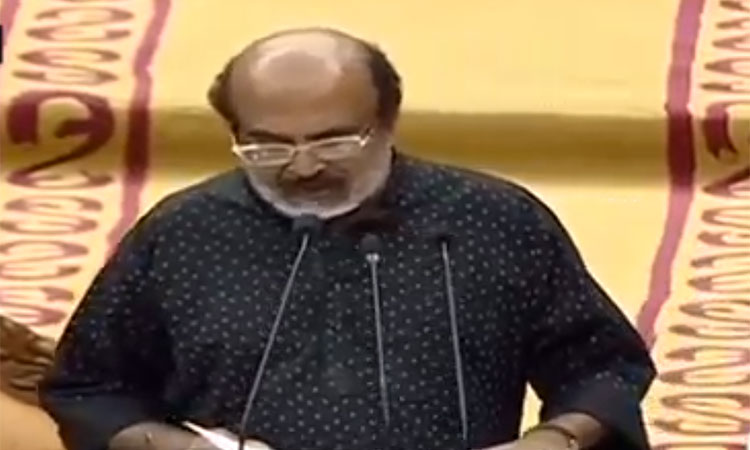 Presenting the 2020-21 budget of the Pinarayi Vijayan led-LDF government, he alleged the centre has been "helping" corporates rather that the common man.

"The Centre has been strangulating Kerala by denying funds for the state and has been moving on a self-destructive path by corporate-friendly policies and privatisation. The GST implementation has not been beneficial for the state," he said.

"The government proposes 2.5 lakh water connections in the upcoming financial year. We will also construct one lakh houses under Life Mission," the finance minister said.

The budget has allocated Rs 90 crore for Pravasi Welfare Fund and the government proposes power projects with a capacity of 500 MW.

"The government proposes Kochi development plan with a fund of Rs 6,000 crore. The city will get an unified travel card and Metro project will be extended," Issac said.

The state government has increased all welfare pension funds by Rs 100, allotted Rs 40 crore to paddy farmers and Rs 10 crore for startups in the state.

The local self-governments have been allotted Rs five crore for waste management, Rs 20 crore has been set apart for 1,000 food stalls under hunger-free Kerala, where meals will be made available at Rs 25.