690 flights to bring Keralites from abroad 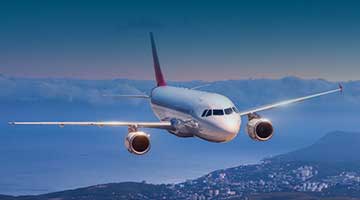 Thiruvananthapuram: Kerala Chief Minister Pinarayi Vijayan said, here on Wednesday, the state had not said no to any incoming flights and instead given nod to 690 flights for June.

Vijayan was replying indirectly to allegations levelled by Minister of State for External Affairs V Muraleedharan, lone representative of Kerala in the Union Ministry.

On Tuesday, Muraleedharan had said Kerala had written to the Centre to delay the return of state diaspora from the Middle East.

The state has also given its nod to 40 chartered flights. Of this, 14 have arrived and the remaining will follow soon. "The only conditions we have put forward is that fares of chartered flights should be comparable with the Vande Bharat fares and preference should be given to women and aged people," Vijayan said.

"An organisation in Abu Dhabi will be operating 40 chartered flights," Vijayan said.

According to the registrations with the state-owned Norka-Roots web portal, over 3.80 lakh people, mostly from the Middle East, have registered.