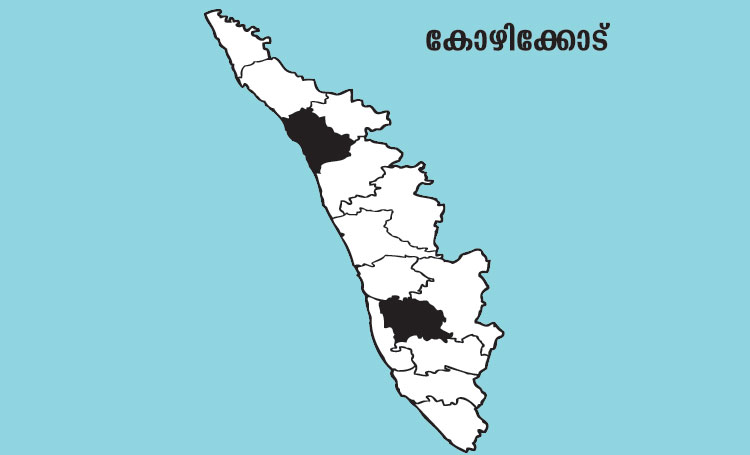 Kozhikode District Collector Seeram Sambasiva Rao and a police officer stop a commuter for questioning, during day-3 of a nationwide lockdown, imposed in the wake of coronavirus pandemic, in Kozhikode, Friday, March 27

Thiruvananthapuram: In a show of unity, cutting across caste communities and religious line, top religious and social leaders in Kerala on Saturday appealed to all in the state to adhere to the government's directives so as to help check the spread of Covid-19, which has taken a heavy toll in the state.

As on Saturday, there are 164 coronavirus positive cases in Kerala and the virus has now spread to all the 14 districts of the state.

There are 110,299 people in the state who are under observation which includes 616 at various hospitals.

Among the leading signatories who issued an appeal include cardinals, bishops, Muslim religious leaders, besides socio-cultural leaders from the Hindu communities.

"Covid-19 has by now hit 196 countries and Kerala has not been unaffected, starting with the first case in the country in January. But after that today the world is looking at the way how we have been able to contain the spread, which has not been possible in the most advanced and developed countries," read the letter.

"In the past, we in Kerala have been able to stand together when tragedy struck. We have led from the front by even deciding to call off religious activities in places of worship as our primary objective is to provide solace to the affected and also to ensure safety to all by trying to prevent it from spreading. For this we all have to adhere to the steps taken by our government, which is doing a great job and hence we will have to stand by the government, which is helping us in a big way," reads the letter.

"We should see that we now use our time that we spend at home productively. We know our state has a good number of elderly and we should ensure that they are taken utmost care, as we have seen that this has taken a heavy toll in other countries," said the letter further.