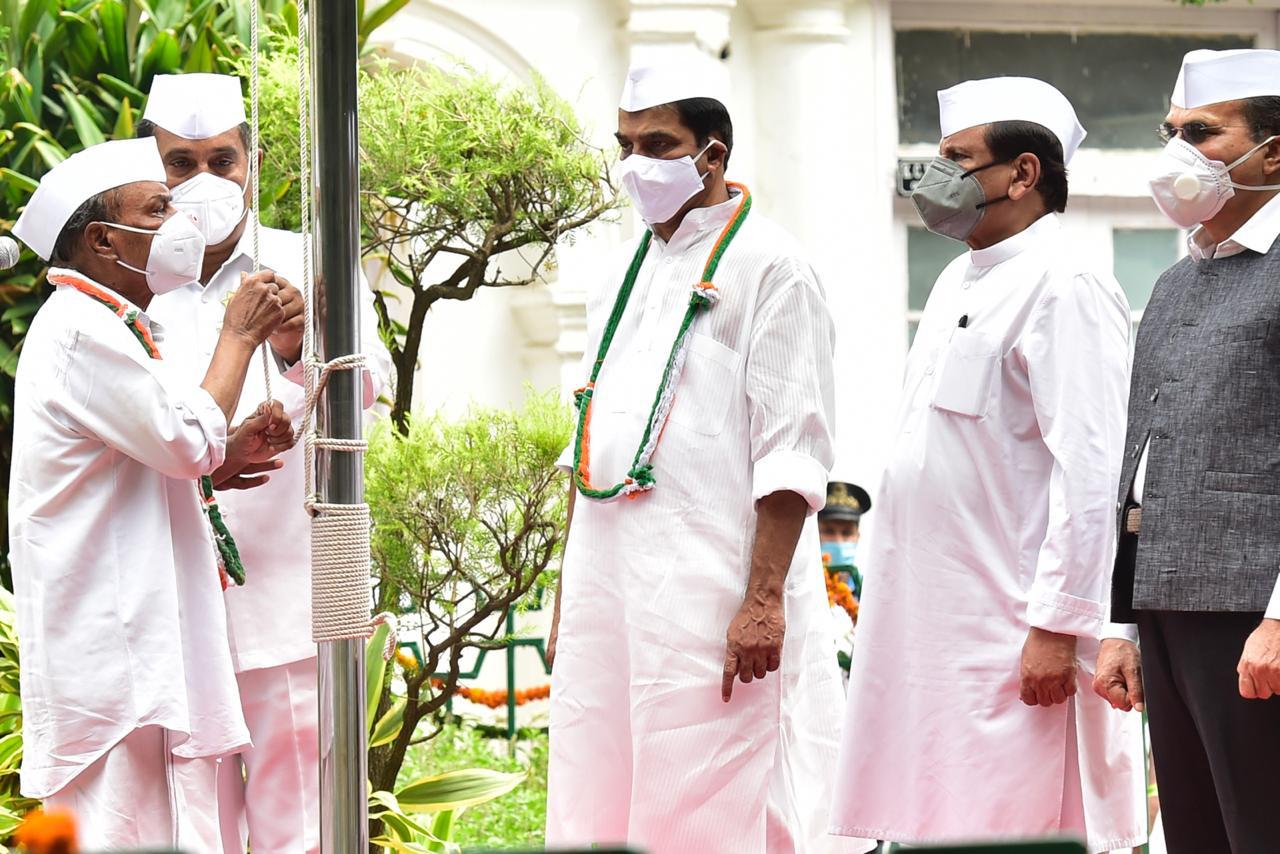 New Delhi: Former Defence Minister A.K. Antony hoisted the national flag at the party headquarters here on Independence Day on Saturday in the absence of Sonia Gandhi as the interim party President is unwell. Former party chief Rahul Gandhi was, however, present during the ceremony.

The party adhered to the social distancing norms due to the coronavirus and only working committee members were present at the event.

Randeep Surjewala, the chief spokesperson of the party, speaking after the function said, "Congratulations and best wishes to 130 crore Indians, today every Indian has to think that what is the meaning of independence, and if our government believes in democracy and people's mandate... Do they have the freedom to travel anywhere in the country, wear what they want and eat what they like or there has been a curb on these all."

"At a time when the government talks about 'Atmanirbhar Bharat' then we'll have to ask ourselves that the government which has sold 32 PSUs of the country, is it capable of protecting our independence," Surjewals questioned.

The party's Delhi unit also hoisted the Tricolour at their office near ITO.

The Delhi Congress had announced on Friday that it will hoist the flag at 272 places in the city.