Top
Begin typing your search above and press return to search.
exit_to_app
DEEP READ
All arrow_drop_down

text_fields
bookmark_border
Last week, almost a month after he was first quizzed by the Enforcement Directorate officials at Kochi, the agency directed Bineesh to appear before their officials on Tuesday for another round of questioning. . 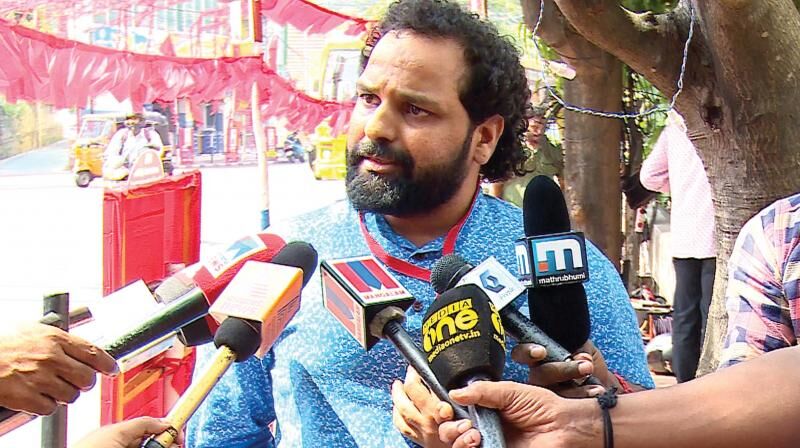 Thiruvananthapuram: Bineesh Kodiyeri, son of Kerala CPI-M state secretary Kodiyeri Balakrishnan, is expected to appear before the Enforcement Directorate at Bengaluru on Tuesday. Bineesh was reported to have left the capital on Monday for the attendance.

The development is believed to have caused some concern among the CPI-M, for if the deposition and revelations before the ED turn incriminating for the State Secretary' son, it may cast a shadow on the party circles.

News sources spotted Bineesh at the Thiruvananthapuram airport in the morning, accpanied by his brother Binoy and a friend. However, Bineesh refused to speak to the media.

Last week, almost a month after he was first quizzed by the Enforcement Directorate officials at Kochi, the agency directed Bineesh to appear before their officials on Tuesday for another round of questioning.

The ED had also asked Bineesh to undergo a Covid-19 test since his second round of questioning was expected soon.

Bineesh's name surfaced when Kerala youth Anoop Mohammed was picked up by the Narcotics Control Bureau (NCB) in Bengaluru. Bineesh maintained that he and Anoop were friends and he had given him a loan of Rs six lakh and another Rs 15,000 since Anoop had no money to return home from Bengaluru.

Thereafter, more reports came about Bineesh's business dealings with his friends and close associates. The developments assume further significance since the Opposition Congress and the BJP state unit, have been closely pursuing the case and using it as a boost to portraying the CPI-M as a party with a record of graft.