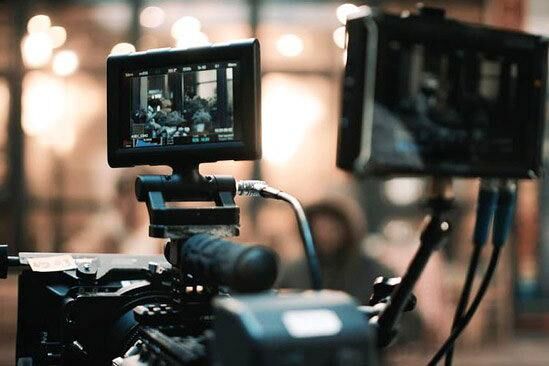 Thiruvananthapuram : The Covid pandemic has taken a heavy toll across the globe across sectors and has equally been ruthless for the Malayalam film industry, which now slowly gathers steam to start chugging again for otherwise its stakeholders will be left in the wilderness.

The restarting of shoots is the dawn of the new normal in this industry which has now become the most discussed topic, more than any film script. To get a rough idea there were 192 films made in 2019 that did a business of Rs 800 crore.

In its initial phase to kick back to life there were a few blips, when the time tested "ego factor", raised its head time and again and also the links with the mafia.

The first step for revival came from the Kerala government which relaxed the norms for resumption of shooting and post production. With maximum strength of 50 people in a location, work was first resumed when the father and son pair of actor producer and director Lal hit the shooting location, earlier this month.

The first shot was recorded when Kerala film producers claimed that the Malayalam film industry was facing its 'worst ever crisis' and the only way forward was to cut by half the production cost of films. Kerala Film Producers Association, led by Renjith has shared this concern with other film bodies and is waiting to hear officially from them.

Ace filmmaker Priyadarshan whose latest magnum opus "Marakkar: Arabikadalainte Simham", billed as the costliest Malayalam film ever made was all set to be released when the lockdown came into effect. But keeping up a brave face, Priyan, as he is popularly known, said that this is a world phenomenon and nowhere has a new film been released, so all have to wait for things to clear up.

He went on to say that even when things clear up, it remains to be seen whether people return to movieplexes in the new normal.

Priyadarshan says the best option to view blockbusters is to watch them in movie theatres and is hopeful that his film when released would bring in the much-needed revenue to the industry.

Filmmaker B.Unnikrishnan of FEFKA (which represents all sections of industry from light boys to directors), however, lamented that this worst-ever crisis has brought numerous producers to the verge of suicide.

He pointed out that there has been a huge increase in people going strong with OTT platforms and one cannot discount the factor of unemployment in the wake of more and more technology invasion.

All eyes are now on the demand put forward by the Producers Association seeking a cut in remuneration and AMMA (actors body) though has taken note of it, has decided to put on hold a reaction. They will take a call after the office bearers sit down to discuss the issue.

Hugely popular yesteryear scriptwriter, director and now a busy actor Renji Panicker opined that the situation is such that there is no readymade solution to the present crisis.

He pointed out Cinema is for all and hence there is no harm in going forward on the lines of having a cut in remuneration.

Young upcoming Malayalam actor Neeraj Madhav earlier said there is a prevalence in the industry here to cull the fortunes of an upcoming actor His comment ruffled feathers and Unnikrishnan shot a letter to AMMA expressing their displeasure and demanding him to reveal names.

But Madhav mellowed down and wrote to AMMA that he was stating a general opinion.

With no respite in sight and the number of Covid positive cases climbing in Kerala, only time will tell, if the Malayalam film industry, presently trying to put its acts together, will have a smooth sailing, even though the first steps have been taken in the new normal.