Taj Mahal reopened after bomb scare turns out to be hoax

NBA: Seven players test positive for Covid-19 in past week

Kerala girl gets kudos from PM Modi for her speech 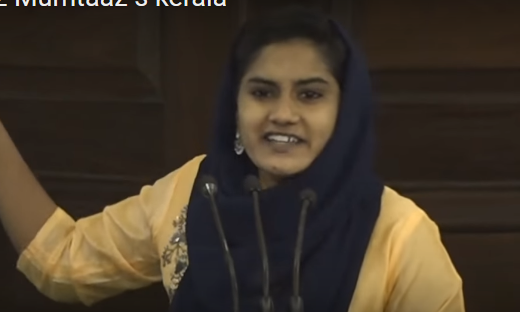 A Kerala college student was applauded by the Prime Minister for her excellent speech at the National Youth Parliament. Mumthaz, a third year English student at St. George's College, Aruvittura, Erattupetta, from Mundukottaykal, Pathanamthitta district became a pride for Kerala. PM Modi who praised Mumtaz's speech also tweeted a video of her speech. The National Youth Parliament was conducted in Delhi.

Mumthas S. from Kerala is both eloquent and expressive in her speech at the National Youth Parliament Festival. https://t.co/R8To68yEqo

She got the opportunity to attend the event at the Central Hall of the Indian Parliament after securing first place in the state level youth parliament. Mumtaz delivered the speech representing Kerala.

She will also have the opportunity to represent Kerala in the Republic Day Parade. This event was jointly organized by the Nehru Yuvakendra and the National Service Scheme.

The manager of Aruvittura College, Dr. Augustine palakkaparambil told Mumthaz over the phone, that they were happy and pleased to be recognized for her excellence. Principal, Dr. Reji Varghese Makkadan and Course Coordinator Fr. George Pulukalayil also congratulated her.

Earlier, Mumtaz was also selected as the best NSS volunteer at Mahatma Gandhi University. She is the daughter of M.E Shaji and Rasheeda.