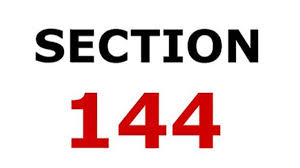 Kozhikode: Kozhikode district collector V. Sambasiva Rao on Thursday issued prohibitory orders in Ward 5 and 12 of Perambra after workers of the Communist Party of India (Marxist) (CPI-M) and the Indian Union Muslim League (IUML) clashed at the fish market here.

Around two dozen people were injured in the clash which occurred following tension between the two parties after a few workers of the IUML recently joined the CPI-M.

Rao ordered the closure of the fish market until further orders and also directed the authorities to ensure that those involved in the clash are traced and put in quarantine.

He asked the authorities to test them for Covid after a week's quarantine.

Trouble began when the five former IUML members who had joined the CPI-M came to the market to sell fish. The IUML workers objected to this and the clash broke out when CPI-M workers and their youth wing members came to the spot.

Later the police brought the situation under control and the injured were admitted to the nearby hospitals.

The police have registered a case against those who were involved in the brawl.