WHO calls out attempts to digress attention from future pandemic 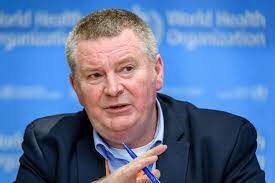 Geneva: Efforts of the World Health Organization that seeks methods to prevent a future pandemic are side-lined by conspiracies that claim the organization to take power over sovereign countries. WHO on the other hand condemns the misinformation, coining the word "infodemic".

"We may face more severe pandemics in the future, and we need to be a hell of a lot better prepared than we are now," said emergencies director Michael Ryan in reports which thereby requests a collaboration among countries.

Despite concerns indicating nations the urgent need to unite for reducing further severity, WHO points out how certain individuals and organizations are trying to digress using false allegations.

Influencers all around the world are hoisting red flags, warning the world on WHO gaining governing powers.

According to Fox News anchor Tucker Carlson, WHO was at the brick of handling powers to the USA. British YouTuber Russell Brand critiqued the power dominations, saying, "Your democracy is... finished" to his 5.5 million subscribers.

However, WHO has declined the statements that have spread across countries around the world. "Unfortunately, there has been a small minority of groups making misleading statements and purposefully distorting facts," said Tedros Adhanom, WHO chief.

The organization uses the term "infodemic" to explain the number of disinformation campaigns that have flooded in place of other important information.

Disinformation experts have blamed social media groups for channelling false information. "When you have a solid network on something, it can be used for other things," added neuroscientist and disinformation expert at the University of Fribourg, Sebastian Dieguez.