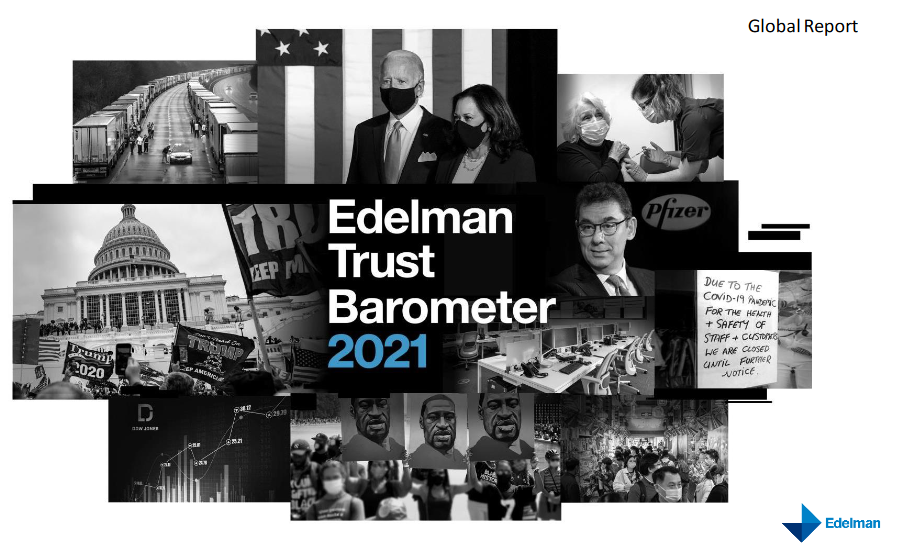 The UAE has been rated with some of the highest scores in the Edelman Trust Index and was ranked second for public confidence in its governments with a feat of 80 percent. The report, released on January 13 reveals that business is more trusted than government in 18 of 28 countries by guarding information quality while trust in news and social media fell drastically.

Compiled by the research firm Edelman Data & Intelligence, the 2021 Edelman Trust Barometer reviews misinformation and widespread mistrust of societal institutions and leaders around the world.

The report also showed that people panicked over fabricated news and didn't know which source to count on for reliable information. A majority of respondents believe that government leaders (57 percent), business leaders (56 percent), and journalists (59 percent) are purposely trying to mislead people by spreading distorted facts.

Trust dropped swiftly in the two largest economies, the U.S. (40 percent) and Chinese (30 percent) as citizens distrusted their governments the most compared to last year.

However, UAE recorded a 2 percent increase in the public confidence levels and was ranked fourth with 79% this year in the percentage of educated and knowledgeable people in governments. India and Saudi Arabia accounted for 86%, Indonesia in second place with 83%, China third with 82% exceeding the world average of 68 percent.

For two years in a row, the UAE retained its lead in the world in the prevalence of the Internet among the country's population displayed a 96 percent.

With regard to the pandemic, 69% of the UAE population wanted to receive an anti-virus vaccine, placing the country in the 10th place as thirty-nine percent of UAE residents were ready for immediate vaccination, while 30% want to be vaccinated within 6 months to a year from now. India stood first, with 80% of its population willing to vaccinate, while Saudi Arabia and Austria were ranked seventh with 71%.

The 2021 Edelman Trust Barometer online survey consisted of 30-minute online interviews conducted between October 19 and November 18, 2020 and sampled more than 33,000 respondents in each country.