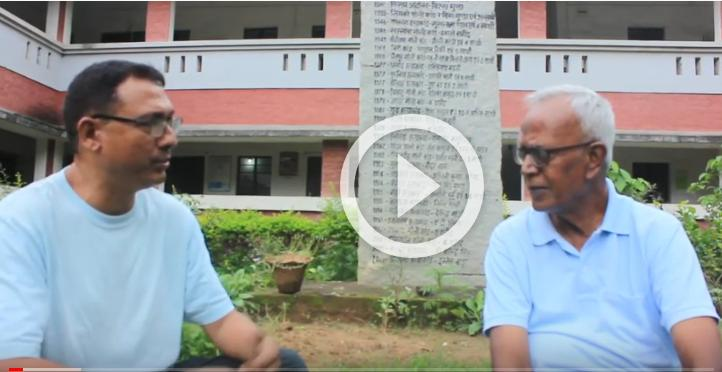 "Call us Adivasis, Indigenous, not Scheduled Tribe", In conversation with Stan Swamy

Human rights activist, Father Stan Swamy, passed away at 1.30 PM on Monday. The 84-year-old Jesuit priest who was arrested in the Elgaar Parishad case was put on a ventilator after his health deteriorated further early Sunday. Though Swamy was admitted to a private hospital in Mumbai on May 30 following the directions of the Bombay High Court, he was still in Custody.

The Jesuit priest spent the last eight months before his hospital admission in Taloja Central prison, where his condition progressively deteriorated.

He is the last political dissenter to be arrested by the National Investigation Agency under the stringent Unlawful Activities Prevention Act in the Bhima Koregaon- Elgar Parishad Case, on October 8, 2020.

Here is the conversation of Lokayat, a Youtube channel that brings to broad light the voice of dissent in various aspects of life. The conversation was recorded on August 2017 in Bagaicha at his office in Ranchi, three years back before Bhima Koregaon incident and before the storm emerged of his alleged involvement in Elgar Parishad conspiracy.

"The word 'Adivasi' itself meant for land that is Jal, Jungle, Zameen. Being in the technologically driven hands of big corporates government is excavating all the minerals that belongs to Adivasis. The ignorance of powerful media houses and their money power destroyed natural link of Adivasis for accessing resources" says Stan Swamy during the conversation with Vidya Bhushan Rawat, an ambedkarite activist and author.

"People are resisting to it at some extend and they are successful in making sure that many companies are gone empty-handed. The issue of displacement and land alienation are the serious issues to be addressed" he point outs

"Resistance done by Birsa Munda is relevant today and being the part of the remaining struggle Adivasis must identity who are their real enemies in development. It is important to shape consciousness in the mind of Adivasis. 'Bhoomi Bank' (land bank) is posing a major threat to indigenous population in Jharkhand. About 2 lakh acres of land has gone to corporates through illegal, dangerous land banking system for industrial distribution" he further adds

"Corporate driven technology has been playing a havoc in the lives of poorest and poorer, States with Adivasi population lacks a good leadership" he concludes.

According to Stan Swamy, Indian constitution has done injustice to Adivasis by constituting in the cage of ST category itself. In the interview he emphasizes to have separate identity is necessary for adivasis for the development of the community in course of time. He also demands to have research work to study what adivasi population wants apart from corporate driven forces influence.