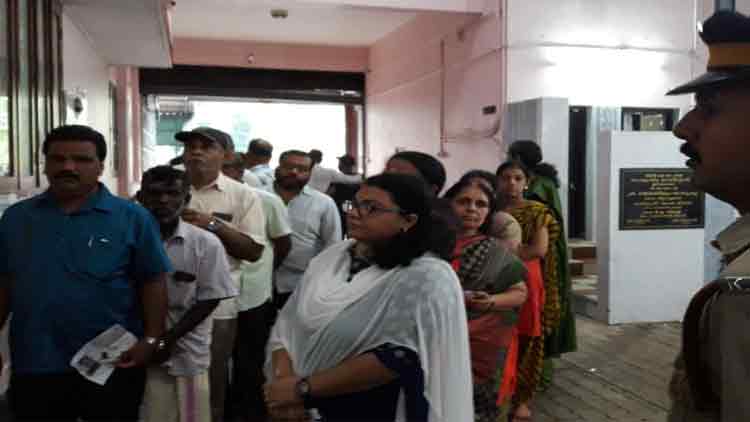 In Jammu and Kashmir, though voting was slow at most places, young voters casting their franchise for the first time queued up at the Hariganimen polling booth of the Kangan constituency in Ganderbal district.

Dressed in traditional Kashmiri attire, the voters at the booth braved freezing temperature.

Over a million voters will get to decide the political fate of 123 candidates who are in the fray in the state.

Two districts in the Kashmir Valley, two in the Ladakh region, and three in Jammu region will vote Tuesday.

A total of 1,050,250 electors are eligible to exercise their franchise at 1,787 polling stations.

The highest number of candidates, 13 each, are in Bhaderwah and Bandipora, while there are just two candidates in Leh.

In Jharkhand, over three million voters will decide the fate of 199 candidates in the fray in the constituencies spread across six Maoist-affected districts. A total of 3,939 polling booths have been set up for the first phase.

The Bharatiya Janata Party, the Jharkhand Mukti Morcha and the Bahujan Samaj Party are contesting in 12 constituencies each, the Congress in seven and its alliance partner Rashtriya Janata Dal in six.