Pakistan has to de-escalate tensions, will respond appropriately: India 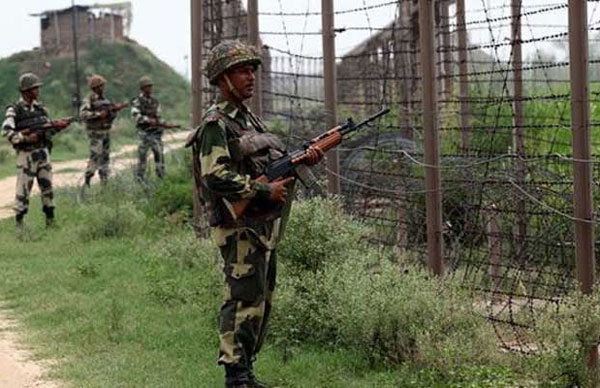 New Delhi: India Friday squarely blamed Pakistan for the tensions along the border, saying "de-escalation is entirely in Pakistan's hands" and also scoffed at it trying to term India the aggressor, saying the allegations were coming from a country that had harboured Al Qaeda chief Osama bin Laden for over a decade.

A day after Defence Minister Arun Jaitley said the neighbouring country will have to pay a heavy price if it did not stop its "adventurism" at the border and Prime Minister Narendra Modi said that the other side had realised "times have changed", India's external affairs ministry spokesperson Syed Akbaruddin spoke in equally strong terms.

He said that the new government has been very serious about peace moves with Pakistan, and had also taken the first step to engage with Islamabad in a peaceful manner.

Pakistan's response "is there for all to see - from a media spectacle before exploratory talks between foreign secretaries, hostile propaganda against India at the international level, continued terrorism against India and more recently violence against our citizens on the International Boundary," he said.

He said India is thus in "a mode that we will respond appropriately, it is for Pakistan to either escalate or de-escalate. We will respond in as appropriate to what will be their efforts in this regard".

Akbaruddin said first and foremost Pakistan and its security forces should end their "adventurism along the International Border and the Line of Control in Jammu and Kashmir. Peace and tranquility along the IB and LoC needs to be completely restored so that our civilian population can return to their home and their lives".

"While we will not talk out of fear we have no fear of talks," he added.

The comments came as firing along the border showed signs of de-escalation.

Akbaruddin also dismissed Pakistan's allegation of India being the aggressor, saying that these allegations "have originated in Pakistan".

"These allegations are being made by those that harboured Al Qaeda chief Osama bin Laden for over a decade at a military garrison town inside Pakistan while telling their Western partners who provided them assistance and military aid that they were supporting the global war on counter terrorism against Al Qaeda.. I rest my case beyond that."

To a question on Pakistan lodging a complaint with the UN Military Observer Group in India and Pakistan (UNMOGIP) over the firing, Akbaruddin said the UN body "performs no practical function" and is a "waste of scarce resources" following the inking of the Simla Agreement in 1972 and the Lahore Declaration in 1999.

He said both the bilateral agreements "lay down a clear framework of our bilateral relations and how to resolve outstanding issues that exist between India and Pakistan and build a peaceful and cooperative relationship that will benefit the people of both countries".

"In both the agreements clearly there is no role for a third party. UNMOGIP as we have already said performs no practical function along the LoC and seems to exist only to waste scarce resources. As far as we are concerned tools of a bygone era are not going to resolve issues that we confront today," he said.