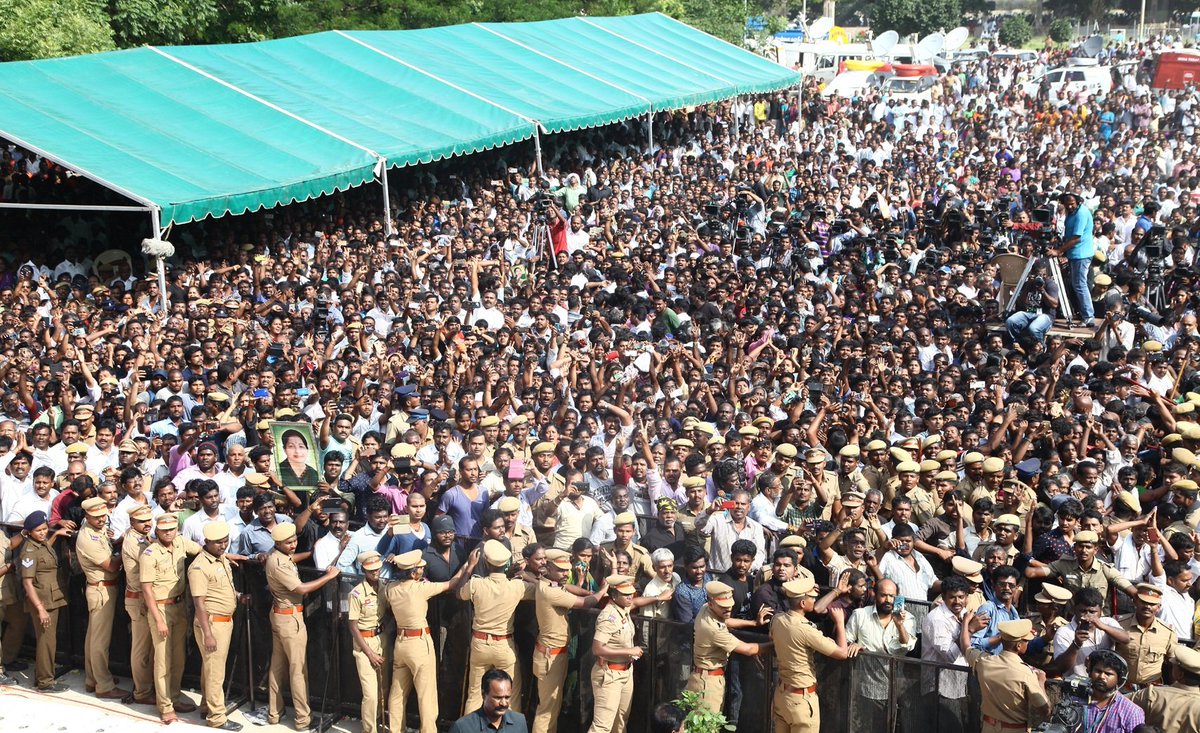 Special judge John Michale Cunha pronounced the sentence and the hefty fine hours after he convicted 66-year-old Jayalalithaa on charges levelled against her by DMK general secretary K. Anbazhagan in 1996.

DMK is the opposition party in Tamil Nadu.

Special Public Prosecutor G. Bhavani Singh said the judge also sentenced the three co-accused people -- V.K. Sasikala, V. N. Sudhakaran and J. Illavarasi to four-year jail term, as they too were convicted on the same grounds as Jayalalithaa under the relevant sections of the Indian Penal Code and the Prevention of Corruption Act.

The judge also slapped a fine of Rs.10 crore each on the co-accused and sentenced them to an additional six months of simple imprisonment with a fine of Rs.10,000 each, which will run concurrently.

"If they (convicted persons) fail to pay the fine, they will have to serve an additional one year in jail," Singh told reporters here.

Soon after the sentence was pronounced, Jayalalithaa and the three convicted people were taken into judicial custody and taken to a a state-run hospital in the city for medical check-up.

"All the four convicted persons, including Jayalalithaa, will be lodged in the central jail here," Singh said.

Singh also clarified that a bail application cannot be moved in a sentence which is beyond three years of jail term.

"The fine will be recovered from the sale of property, including jewellery and lands that were seized during the trial and is in the court's custody," Singh noted.

Meanwhile, a senior state government counsel B.T. Venkatesh said under the Prevention of Corruption Act, a convicted person in a criminal offence stands disqualified to hold an executive or official post till the sentence is suspended by a higher court.

"As Jayalalithaa has been convicted and sentenced for four years jail term, she automatically loses her membership in the Tamil Nadu state legislative assembly as a lawmaker and has to step down from the chief minister's post," Venkatesh told IANS here.

As a convict has a statutory right to appeal against the sentence, Jayalalitha can, however, move the high court in Karnataka or Tamil Nadu seeking suspension of the sentence.