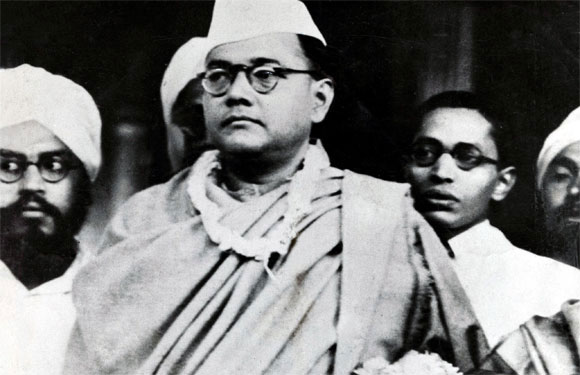 Kolkata: Expressing shock over reported revelations that successive Congress governments had snooped on family members of revolutionary leader Netaji Subhas Chandra Bose for 20 years after independence, a prominent member of the clan on Friday demanded a judicial probe on the issue.

Another family member and MP said the act amounted to showing disrespect to freedom fighters.

"It is shocking. It is not an issue involving merely the family, but the entire nation, because several members of the family from Sarat Chandra Bose to Amiya Nath Bose as also Sisir Kumar Bose were prominent freedom fighters," Netaji's grand-nephew Chandra Kumar Bose told IANS.

Sugato Bose, another grand-nephew of the leader and Trinamool Congress Lok Sabha member, said a "great wrong" has been done by snooping on the family. "This act amounts to insulting the freedom fighters. But I only hope nobody now tries to do politics over the issue."

Chandra Kumar Bose said while it was understandable that the British government would snoop on the family because of its fight against imperialism, "that the central government in post-independence India could do it, that is too shocking".

"It is an attack on democracy, personal liberty and the spirit of the freedom movement, a betrayal of the nation," he said.

He said the probe should cover the entire sequence of events from circumstances leading to Netaji's disappearance to the spying on the family members after independence.

He said the Modi government has been talking of transparency all along. "If they are sincere to what they claim, then they should order declassification of over 160 files still kept secret."

Media reports have claimed that recently declassified files of the union home ministry have revealed that the family of Netaji was placed under intensive surveillance from 1948 to 1968 by the central government.