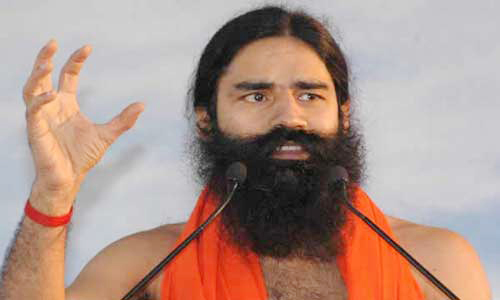 The issue was raised soon after the house met by Janata Dal-United (JD-U) leader K.C. Tyagi, who demanded a probe.

Tyagi showed a product of 'Divya Pharmacy' in Haryana and said: "PM gave a call for 'Beti Bachao Beti Padhao', I have bought this I have a receipt. No one can say it is old".

He did not name Ramdev but said: "He is the brand ambassador of a state."

"Whether government of India under Prime Minister Narendra Modi approve all these things?," he asked.

Amid protests from treasury benches, Samajwadi Party member Jaya Bachchan took the packet and gave it to Health Minister J.P. Nadda, who was present in the house.

"We need not fight this... If there is an effort...with regard to selection of sex through a medicine, or pre-natal sex determination, they are all against the law. If this is being encouraged by any state government, it is against the constitution. But chair cannot do anything," Deputy Chairman P.J. Kurien said.

Minister of State for Parliamentary Affairs Mukhtar Abbas Naqvi said: "This is not an issue to argue on. We will tell minister to probe it whether it is in accordance with law."

Nadda also intervened and said: "This is related to department of Ayush (Ayurveda, Yoga & Naturopathy, Unani, Siddha and Homoeopathy). Government is serious about the matter. We will look into it and action will be taken."

Jaya Bachchan said the government should assure it will take out the product from market and take action against those who make the medicine.

Leader of Opposition Ghulam Nabi Azad said that many spurious medicines are being sold and the health minister should inquire into it.

The website of Divya Pharmacy prices the product at $10.99 and the description says it is a "unique herbal product of putrajeevak which is aphrodisiac, controls habitual abortion and helps in sterility".

The dosage instruction says: "Make a fine powder of both Putrajevak and Shivlingi seed, take an hour before breakfast & dinner with milk of cow having calf".