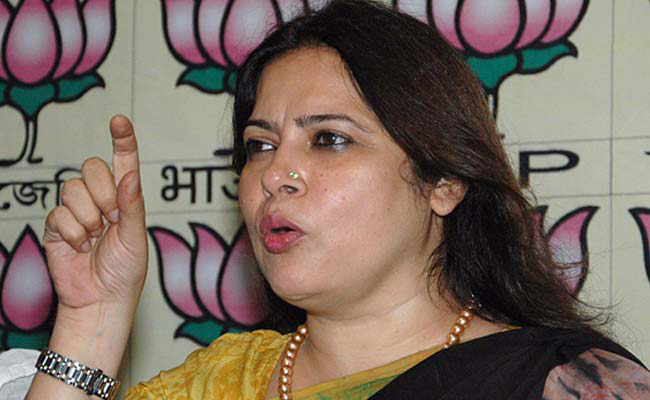 New Delhi: Accusing Congress of trying to make "political capital" out of RSS chief Mohan Bhagwat's remarks, BJP leader Meenakshi Lekhi on Tuesday claimed that Mother Teresa had herself in an interview said that her job was to bring people to the fold of Christianity.

Speaking to reporters outside Parliament House, the BJP MP said politicisation of such comments needs to be avoided and objected to remarks by Congress members and several other leaders on the issue.

"All my request to Jyotiraditya Scindhia, Mrs (Sonia) Gandhi and several others is don't describe people, the way you want to describe them," Lekhi said.

She claimed that in a book, Mother Teresa had herself said that she worked to bring people to the fold of Christianity.

"And kindly read Navin Chawla's book, who was an old Congress loyalist, on Mother Teresa, where Mother Teresa herself during an interview says that 'a lot of people confuse me as social worker, I am not a social worker. I am in the service of Jesus and my job is to spread the word of Christianity and bring people to its fold'," Lekhi added.

Earlier, RSS chief Mohan Bhagwat had triggered a controversy by saying that conversion to Christianity was the main objective behind Mother Teresa's service to the poor .

"Mother Teresa's service would have been good. But it used to have one objective, to convert the person, who was being served, into a Christian," Bhagwat had said.

When asked if she was trying to justify Bhagwat's comments, Lekhi said she had nothing to do with what he had said.

She said politicisation of such comments needs to be avoided and the responsibility lies with none other than the Congress.