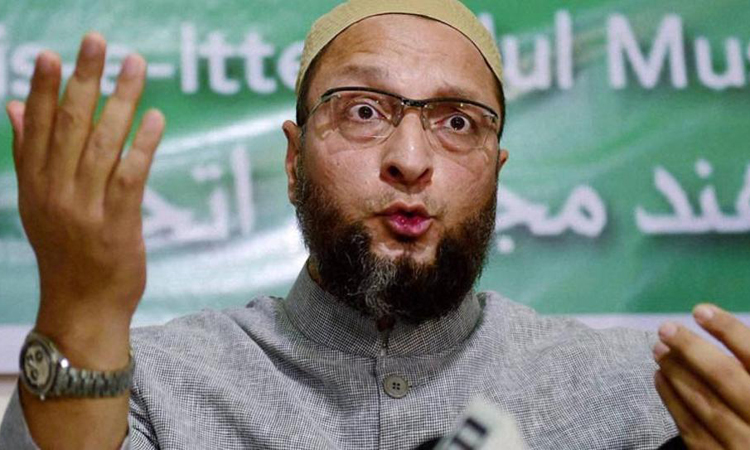 The member of parliament from Hyderabad said the youth should learn the meaning of 'jihad' from 'ulema' (Islamic scholars) instead of Google searching.

"Some youth search the meaning of jihad in Google and they see only Hafiz Saeed, who is the biggest enemy of the country," Owaisi told reporters here.

"You can't break any law of the land," he said when asked about the attempts by Muslim youth to go to Iraq or Syria to join the Islamic State.

"Why do you want to go there. There are many evils in your neighborhood. Work to eliminate them," he said.

"The best jihad is that India's educated Muslims give time to eliminate poverty from their ranks," the MP added.

Owaisi quoted a "hadith" or saying of Prophet Mohammed that struggle against own temptations is "Jihad-e-Akbar" or the greatest struggle.

He pointed out that it is unanimous view of ulema of all schools of thought around the world that ISIS are deviants and that they have nothing to do with Islam or Islamic teachings.

"They are bloody murderers and rapists. They are killing people in the most brutal fashion by decapitating them or cutting their hands. They also burnt a person alive. They have to be condemned," he said.

Owaisi was addressing a news conference in connection with 144th anniversary celebrations of Jamia Nizamia, one of the oldest seminaries in India.

"These are the deceits of the enemy of Islam. They wear shamla (turban) or topi (skull cap) to deceive the world," said Shaikul Jamia or vice chancellor Mufti Khaleel Ahmed when asked about IS.

Last week, Hyderabad police revealed that a city girl residing in Qatar planned to join IS and went up to Turkey but came back without joining the terror group.

Police on Jan 16 arrested 32-year-old US-returned techie he was about to leave for Dubai. Police claimed that Salman Mohiuddin, was on his way to Iraq via Dubai.

Last year, the city police had prevented six youths including a former employee of Google, from leaving for Iraq to join IS.

Some youth from other parts of the country were also stopped while they were allegedly planning to join the terror group.