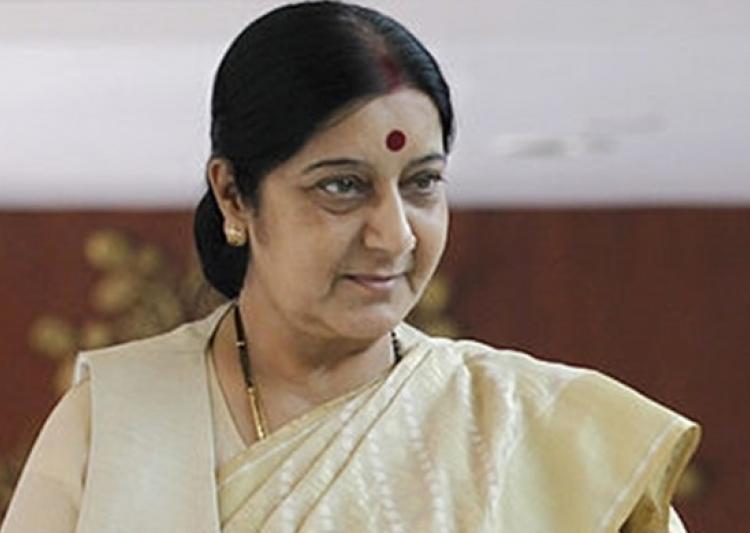 New Delhi: The opposition Congress and Aam Aadmi Party on Monday upped the ante on External Affairs Minister Sushma Swaraj's alleged links with former IPL chief Lalit Modi, with the Congress reiterating its demand that she should resign.

Continuing its attack on Sushma Swaraj for "helping" Modi - who was served an Enforcement Directorate notice for alleged financial impropriety - to procure documents to travel to Portugal, the Congress termed her excuses on the issue "totally bogus".

"The way Sushma Swaraj has gone about the issue, it is not in the national interest. Her excuses are totally bogus and do not stand the scrutiny of facts. As per the Portuguese law, there is no requirement to obtain signatures of a man for surgical operations (on his spouse)," Congress leader P.L. Punia told reporters here.

The Congress spokesperson also alleged a "quid pro quo" between Sushma Swaraj and Modi, who has been living in London since 2010.

"There are circumstances which establish contact between Sushma Swaraj and Lalit Modi. As a quid pro quo, Sushma Swaraj has extended a favour to a tainted person who is accused of money laundering and tax evasion of Rs.700 crore and several other charges," Punia said.

The Congress leader said the then government of India (UPA government headed by Manmohan Singh) had asked Britain not to allow Modi to travel abroad.

"Lalit Modi was provided special favours and within 24 hours, the former IPL chief was given clearance to travel abroad (to Portugal last year)," he said.

The Congress spokesperson also alleged that the family of Sushma Swaraj had had a long association with Lalit Modi.

The Aam Aadmi Party (AAP) demanded that Sushma Swaraj clear the air on the assistance provided to Lalit Modi in securing documents to travel to Portugal in July last year for the treatment of his cancer-stricken wife.

"We are not demanding her resignation, but she should clear the air on the matter in public," Aam Aadmi Party (AAP) leader Kumar Vishwas said.

He also said that such a decision could not have been taken without consulting the Prime Minister's Office and "if not, she should clarify this point as well".

The Youth Congress also protested near Sushma Swaraj's Safdarjung Lane residence, as security personnel had put up barricades on the road leading to her house. She was not at home at the time.

Holding placards and banners criticising Sushma Swaraj, the demonstrators raised slogans and demanded her resignation. Some of the protesters even climbed atop the iron barricades.