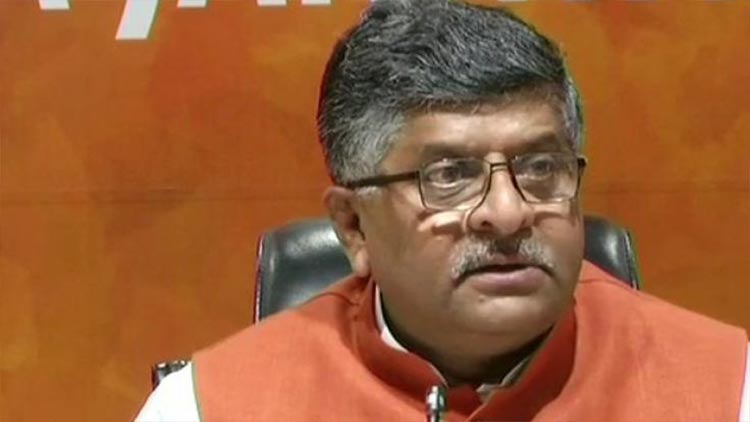 The minister, talking to media persons on the completion of one year of Prime Minister Narendra Modi's government, said the issue of net neutrality was being discussed internally in his ministry and a final decision will be taken soon by the union cabinet.

"Call drops need to get minimised. We are in discussion for a structure to incentivise or disincentivise it," Prasad said, when asked what the government was doing to check this irritant.

The minister said there were many ongoing campaigns regarding the adverse impact of mobile tower radiation. "If someone comes to me with a problem, I am ready to look at it...."

But he mentioned that if people complained about the ill-effect of mobile towers and asked for pulling them down, then they should not be complaining about call drops as both things do not go hand-in-hand.

Reacting to the minister's view, Rajan S. Mathews, director general of the Cellular Operators' Association of India (COAI), told IANS: "Our greatest incentive would be to put up towers without any challenge. Getting permission to put up towers in various states is a big challenge."

He said that in the last two years, mobile subscriber counts have gone up by 70-80 percent, whereas the number of telecom towers in the country have decreased substantially, which is resulting in call drops.

In April 2015, India crossed the 100 crore-mark in phone connections.

Prasad said BSNL has installed 15,000 new towers in one year to do away with call drops.

Talking about the controversial net neutrality issue, the minister said the committee set up by the Department of Telecom has submitted reports to the government. "The final decision on it will be taken by the government and the cabinet."

He said BSNL's revenue grew by 2.1 percent in 2014-15 reversing the trend of negative growth in previous years. The state-run service provider also added 47 lakh active subscribers during that period.

BSNL and MTNL have launched unlimited free local calls from landlines to any landline or mobile during night hours effective from May 1, 2015.

Talking about the Digital India programme of the government, the minister mentioned that it is for the poor and marginalised in the country. "It is party neutral and ideology neutral."

Alluding to the 2G telecom cases pending before the various courts for alleged improper allotment of spectrum and graft, the minister said he had taken over the reins of the ministry when it was making news for wrong reasons for a variety of factors.

"When I took over a year ago the department was in news for all reasons. But now we have faith, hope and confidence and there is collective will to work in a transparent way. There is no place for lobbyists and middlemen in the telecom, IT and India Post departments," he said.