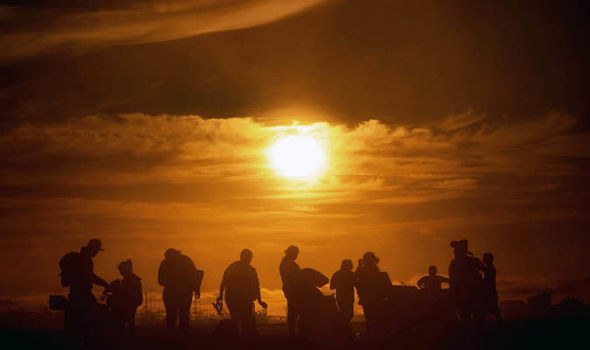 The daily wage labourers, petty traders and people living on streets are the worst-hit.

Heat wave conditions have been sweeping the state the past two days with all ten districts recording day temperatures of at least 42 degrees Celsius.

The maximum temperature in Mahabubnagar was 44 degrees while Hyderabad, Karimnagar and other towns registered 43 degrees Celsius.

Three heat wave deaths were reported from Khammam and two from Warangal district on Thursday. A death each was also reported from Hyderabad, Adilabad, Medak, Nalgonda, Nizamabad, Medak, Mahabubnagar and Ranga Reddy districts.

Meanwhile, the Met Centre at Hyderabad has issued heat wave warning in the state for the next three days.

Meteorological department officials have attributed the rise in day temperatures to the dry north-western and northern winds.

The heat wave conditions have hit the normal life in the state. The streets in most towns and cities were deserted as people preferred to remain indoors to escape the sweltering heat.

The cool drink shops, sugarcane and other fruit juice vendors and coconut sellers have been doing brisk business.

Heat wave conditions also prevailed in Andhra Pradesh. The maximum temperature of 44 degrees Celsius was recorded at Vijayawada and Nandigama.

The heat wave had claimed over 1,000 lives in the undivided Andhra Pradesh during 2013 while more than 200 people died last year.