Tribal families in Srinagar protest the demolition of their homes 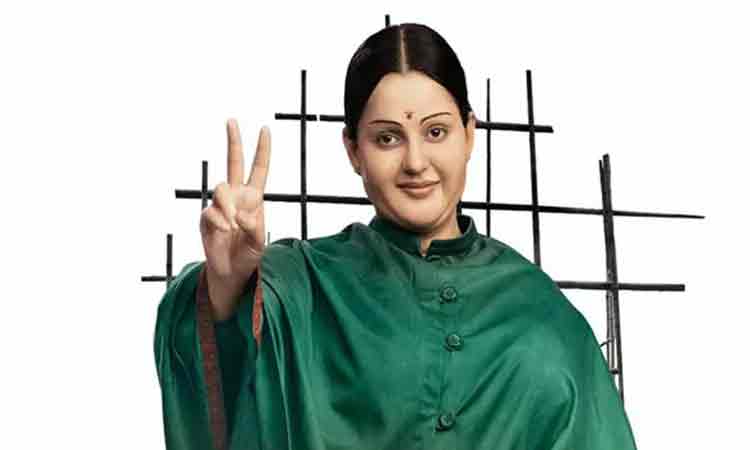 Chennai: AIADMK general secretary J. Jayalalithaa was sworn-in as the chief minister of Tamil Nadu for the fifth time on Saturday within a fortnight of the Karnataka High Court acquitting her in a corruption case.

Jayalalithaa, 67, was administered the oath of office and secrecy by Governor K. Rosaiah at the packed Madras University Centinary Auditorium.

The governor also administered oath of office to the council of ministers in two batches. Jayalalithaa would head a 29-member government in the 14th Tamil Nadu assembly.

While dropping M.S.M. Anand, minister for forests and P. Chendur Pandian (without any portfolio) in the O. Panneerselvam cabinet, she retained all other ministers without changing their portfolios.

Jayalalithaa would, among others look after the home and general administration departments.

Panneerselvam will continue to hold the finance and public works portfolios.

A large number of people lined both the sides of the road starting from Jayalalithaa's residence till the venue of the swearing-in.

Union Minister Pon.Radhakrishnan and other political leaders such as H. Raja, L. Ganesan, and Sarathkumar attended the swearing in ceremony.

Special prayers were offered in different temples by AIADMK cadres.

The AIADMK had won the 2011 assembly elections and Jayalalithaa was subsequently sworn-in as the chief minister. Last September, she was disqualified after a Bengaluru court sentenced her to a four-year jail term and fined her Rs.100 crore in an 18-year old disproportionate assets case.

The Karnataka High Court upheld her appeal and acquitted her of all charges.

AIADMK lawmakers, at a meeting at the party headquarters on Friday, elected Jayalalithaa as leader of the legislature party.

Subsequently, Panneerselvam resigned as chief minister, as did his council of ministers. Rosaiah then invited Jayalalithaa to form the government.