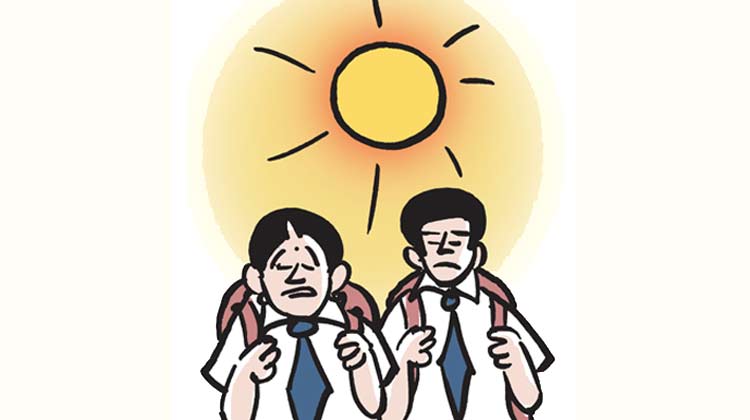 Hyderabad: The heat wave sweeping across Andhra Pradesh and Telangana claimed over 200 more lives since Tuesday, taking the toll to 1,360.

Officials on Wednesday night said 157 people succumbed to sunstroke in Andhra Pradesh while 70 died in Telangana since Tuesday.

There was no respite from the blistering heat as both the states recorded temperatures three to seven degrees Celsius higher than the average.

The toll in Andhra Pradesh now stands at 1,024 and in Telangana at 366. Officials in the two states had confirmed 1,133 deaths till Tuesday night.

Almost all the deaths were reported during the past one week.

Though Andhra Pradesh's Deputy Chief Minister N. Chinna Rajappa had confirmed 551 deaths on Tuesday, the toll was revised later based on reports received from the districts.

Disaster management department officials said they were revising the figures after receiving confirmation from field-level officials about the deaths.

Though temperatures dropped in parts of Telangana and also in north coastal Andhra on Wednesday, both the states continued to reel under the searing heat.

The Hyderabad Meteorological Centre has warned that severe heat wave conditions may continue for another two days.

The heat wave, attributed to dry winds from the north-westerly direction, may abate after two days.

The highest temperature of 47 degrees Celsius was recorded at Jangamaheswarapuram in Guntur district of Andhra Pradesh on Wednesday. Vijayawada, Bapatla and Machilipatnam sizzled at 46 degrees.

The mercury continued to be above 42 degrees in most parts of south coastal Andhra and Rayalaseema.

In Telangana, Nalgonda and Khammam were the hottest places on Wednesday at 46 degrees Celsius.

Poor people, especially the homeless, construction workers, rickshaw pullers and street vendors were the worst hit by the heat wave.

According to officials, the majority of the victims were the elderly and children. The Andhra Pradesh government has already announced compensation of Rs.1 lakh each for the families of the victims.

Out of 867 deaths confirmed by officials in Andhra Pradesh till Tuesday night, Prakasam district accounted for 202. Guntur (130), Visakhapatnam (112) and East Godavari (107) also bore the brunt of the heat wave.

In Telangana, Nalgonda district was the worst hit with 73 deaths. Khammam district accounted for 60 deaths, Mahabubnagar 32, Medak 26, Karimnagar and Adilabad 22 each, Warangal 9, Nizamabad 8 and Hyderabad and Ranga Reddy seven each.