Curfew lifted from Kashmir after 51 days 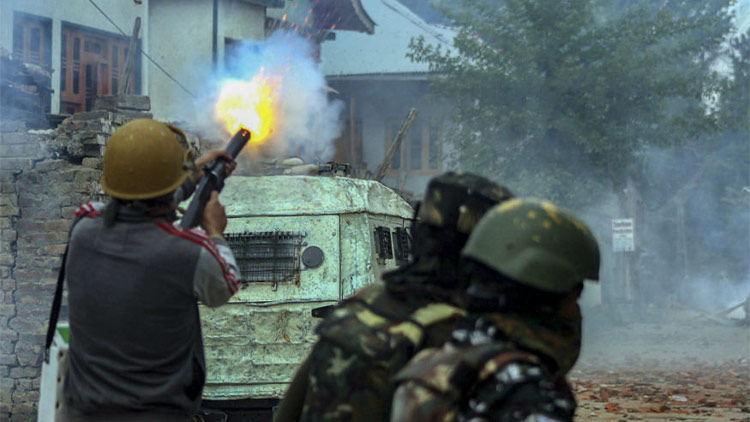 A member of the Indian security forces stands guard during a lockdown in Srinagar on August 16, 2019

Srinagar: Authorities on Monday lifted curfew from Kashmir after 51 days since the ongoing unrest began on July 9, officials said.

"Curfew has been lifted from the entire Valley. But, it will remain in force in Pulwama town and in areas under the jurisdiction of Nowhatta and M.R.Gunj police stations in Srinagar," a senior police official told IANS.

The decision to lift curfew was taken at a high level security meeting on Sunday evening, sources said.

An all party delegation comprising senior leaders of political parties is slated to visit Kashmir on September 3.

Meanwhile, separatists here continued their protest shutdown despite lifting of the curfew.

In a statement issued last week, the separatists have asked people to continue the shutdown until September 1.

All senior separatist leaders have been placed under detention in Srinagar city.

A total of 71 people -- 68 civilians and three policemen -- have been killed in this present bout of violence that started on July 9, a day after Hizbul Mujahideen commander Burhan Wani was killed in a gunfight.

Over 11,000 others including civilians and security personnel were injured during this period.