I wasn't elected to cut ribbons, will weed out graft: Modi 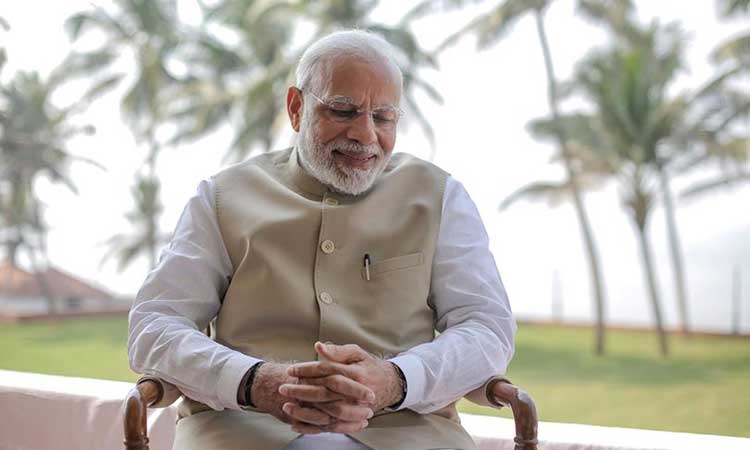 Dehradun: Prime Minister Narendra Modi made a strong pitch for demonetisation on Tuesday and said the move is aimed to weed out corruption from the country and give India its long deserving place.

The country, which was once referred to as a 'Golden Bird', has now become just the opposite, Modi said addressing a public rally at Parade Grounds here and reiterated his commitment to take on the corrupt and black money.

Amid cheers from a large gathering, Modi made a fervent appeal to the people of Uttarakhand to vote for a BJP government in the state in the 2017 state assembly polls, saying this is the only way to bring the hill state out of the mess it finds itself in.

"You need a double engine to pull it out. One engine you have installed in Delhi and the second one should come in form of a BJP government in the state," he stated.

Pinpointing graft as the biggest stumbling block in the progress of the country, the Prime Minister said he was voted to power with a majority in 2014 by the people of India "not to cut ribbons and light inaugural lamps".

"They (the people) wanted me to act, and here I am after the corrupt people and black money, which was being used for human trafficking, drugs, mafia and the underworld."

He once again targeted the opposition parties and some politicians for siding with the corrupt and black money hoarders.

Modi also thanked the people for facing hardships post demonetisation but endorsing his fight against graft and black money.

"The people of India by and large are people who side with the honest and I am happy that I have your blessings, else what these politicians would have done to me, only God knows," Modi said.

Taking a dig at the people opposing the demonetisation decision, the Prime Minister said the corrupt are sweating, as his government is after them for looting the money which belongs to the people.

He also underlined his resolve to bring the corrupt to book and account for every single penny belonging to the poor people.

Modi referred to OROP (One-Rank-One-Pension) scheme and saluted the defence personnel for understanding the financial constraints of the union government and for agreeing to take the arrears in four instalments.

He also informed that so far Rs 6,600 crore has been distributed under the OROP scheme.

In a state headed to elect a new assembly in the next few weeks, Modi also tried to woo the young and the unemployed that his government has done away with the practice of interviews for Group C and D jobs, which breeds corruption and nepotism.

"Now, only merit guarantees one a job, while earlier it used to be notes that did so," he said as the crowd applauded.

The PM also laid the foundation stone for an 'all-weather' road for the 'Char Dham' annual pilgrimage.