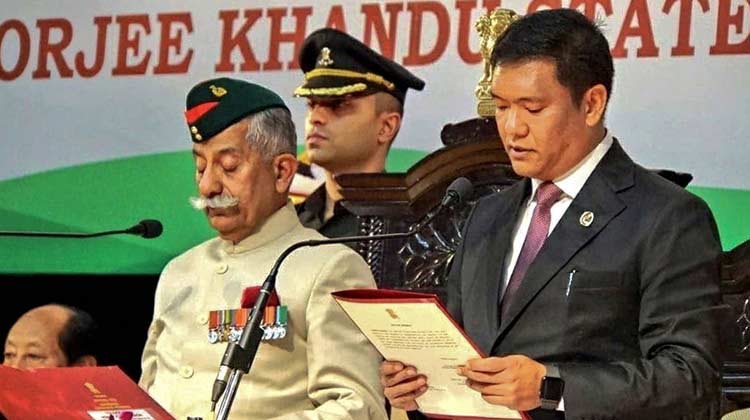 Itanagar: Congress legislator Pema Khandu was sworn in as the new Chief Minister of Arunachal Pradesh here on Sunday.

The 37-year-old legislator was administered the oath of office by acting Governor Tathagata Roy at a ceremony at Raj Bhavan.

Khandu is the son of a former Arunachal Chief Minister, the late Dorjee Khandu, who died in a chopper crash in 2011. Pema Khandu is a businessman-turned-politician.

Present on the occasion were all the current state legislators, including Nabam Tuki of the Congress, who was reinstated as the Chief Minister following a Supreme Court verdict on Wednesday.

Tuki resigned from his post to make way for Pema Khandu in a bid to get the support of the rebel legislators who had defected from the Congress to unseat Tuki from the post.

Earlier, Tuki resigned as Congress Legislature Party (CLP) leader, and proposed the name of Khandu as the next CLP leader.

The proposal was supported by all the 44 legislators, including 15 Congress and 29 dissident Congress legislators who had joined the People’s Party of Arunachal (PPA) in February.