There is no rift, SP will unitedly fight elections: Akhilesh 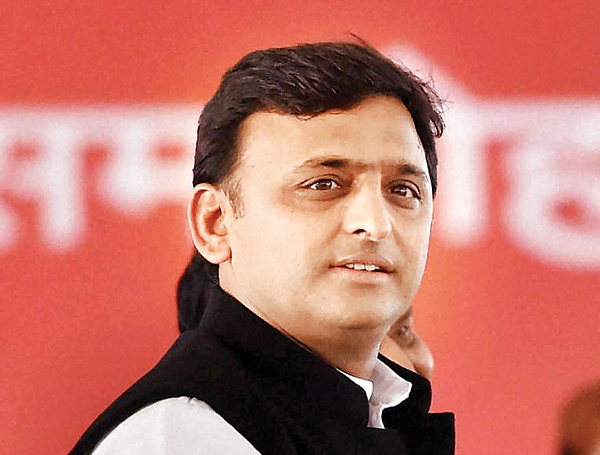 Lucknow: Uttar Pradesh Chief Minister Akhilesh Yadav on Saturday denied any rift within the ruling Samajwadi Party and said all party leaders will "unitedly" fight the 2017 assembly elections on the SP symbol.

"There is no rift in the party, and all of us will fight the elections on the party's symbol 'cycle'," Akhilesh Yadav told reporters on the sidelines of the SP's Silver Jubilee gala here.

The Chief Minister's remarks came after his uncle Shivpal Singh Yadav earlier made an indirect attack on him at the event.

Asked if there were chances of an alliance with the Congress, the Chief Minister said, "I have left the decision of alliance with Netaji (Mulayam Singh Yadav)."

Emphasising on the 25th year celebrations of the party, Akhilesh said, "We are spreading the ideology of Samajwad (socialism) in the country."

Addressing the crowd earlier, Akhilesh's uncle, Shivpal Yadav, referring to his dismissal twice from the state cabinet recently, said he was neither greedy for any post nor any ministry.

If required, the SP leader said he was ready to give even his blood and everything for the Samajwadi Party.